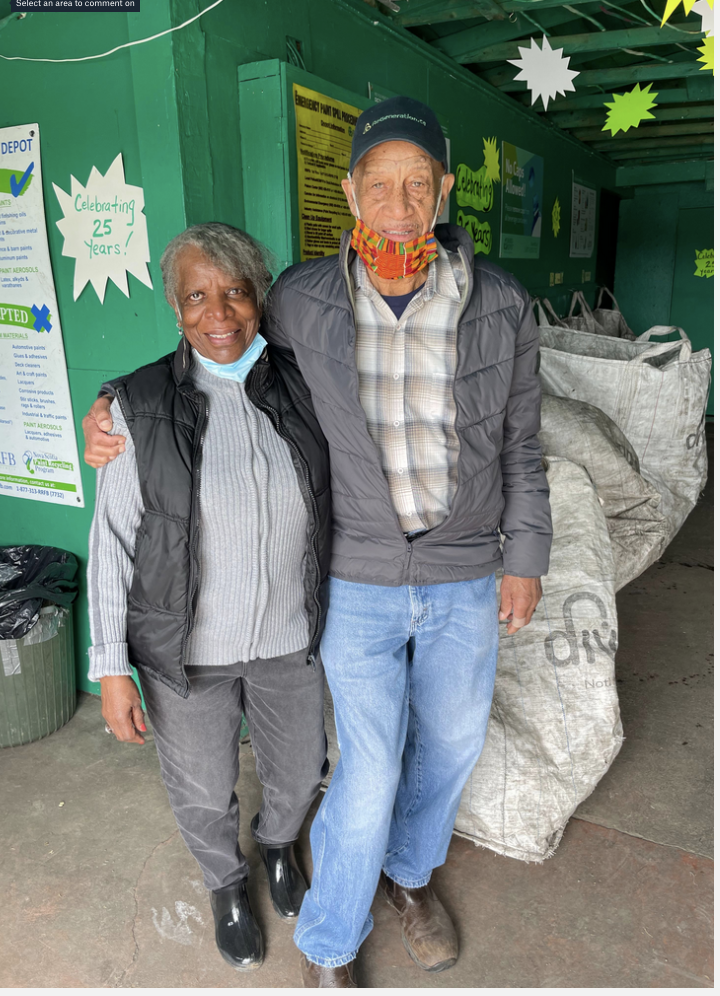 “I Have to Be Doing Something!”

Friends and family of Marvin Riley turned out on April 10 to celebrate the 25th anniversary of the Preston Enviro Depot recycling centre. Since April 1, 1996, Riley, and now three of his children, have recycled untold numbers of bottles and cans as part of the provincial recycling effort, Divert NS.

The low green building sits at the corner of Highway 7 and Upper Governor Street. Riley’s house is just to the west. And a short distance to the north, there’s a new bright red two-story barn that Riley built last year with some of his friends.

On a walking tour around the property, Riley told me about how he’d done a little bit of everything along the way to starting up the recycling centre. “The first job I had paid $3 a week. I’d go down to where the K-mart used to be, and work all day loading pulpwood on an old two-ton Ford truck. I was just 16.”

Riley learned auto mechanics at a vocational school in Halifax, got his journeyman’s papers, and worked for years as an auto mechanic. Up until last year, “I was still doing a few ride-on lawnmowers for the fellows, but I gave that up. The only ones I fix now are my own.”  There were three tractors nearby, one of which looked almost brand-new. “I bought that one a year ago. She’s got all the bells and whistles. Snowblower, grass mower, everything. The whole works.” Riley said he’s bought it because of its shorter turning radius, which was easier on his stiff neck, but that the other two older tractors were in running order.

Riley owns about 6 acres that he inherited from his uncle.  The family acquired the property in 1860. There’s a large sign near the barn that reads, “Clayton Riley Heritage Farm,” with the date. “My uncle owned this farm, and I was around him from when I was knee-high to a grasshopper. My grandfather had a barn here, but when I inherited the property, it was going to cost a lot of money to fix it up. So, when I got into position to do it, I took down the old one and put up a new one. We had a few flea markets there before Covid, and we’re hoping to pick it back up again.”

Riley said he had turned over the recycling center to the three of his four children who still live nearby. “The biggest change in my life is that I don’t go into the depot anymore,” he said. “I do what I feel like doing, and what I don’t feel like doing, I don’t. But I have to be doing something!” 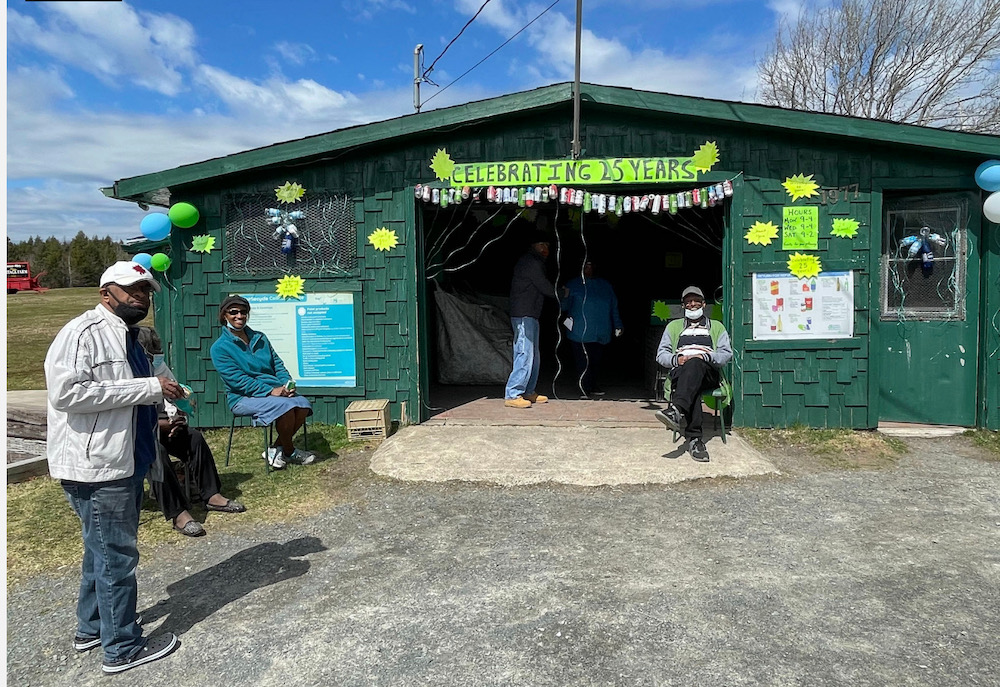