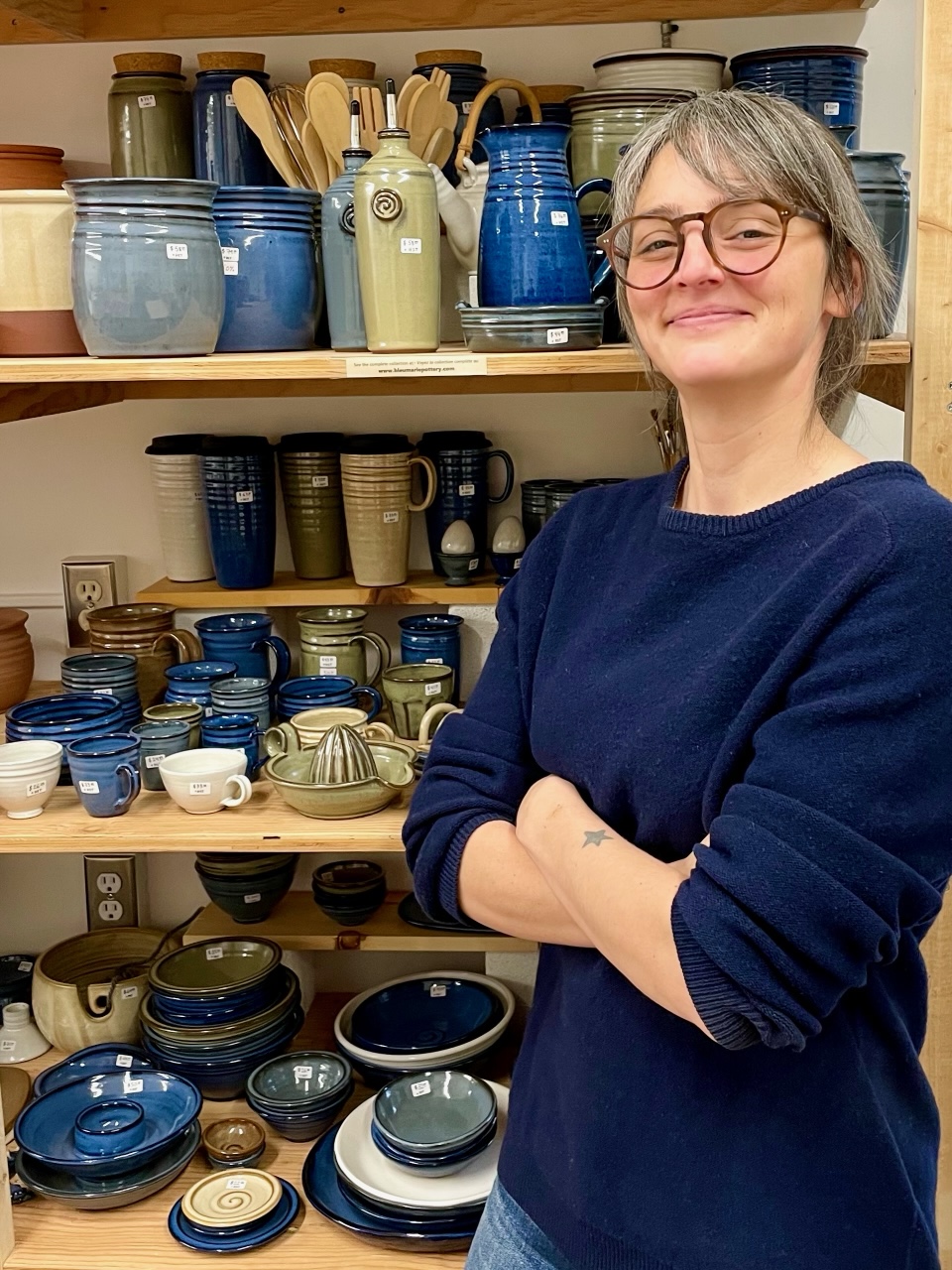 “This Guy Stole My Life”

Lawrencetown artist Marie Hebert knows exactly when she decided to dedicate her life to becoming a potter.

In 2008, Hebert went with her sister to Ireland. "As tourists we were strolling down the beach, and we saw this huge pottery sign on a house. I went in and this guy stole my life. It was like ‘This is what I want to do.’ I was touching things, the smell of the clay, and I knew this was my medium."

It’s not as if art didn’t run in the family. Hebert had grown up in a francophone family in Montreal surrounded by art. "My mom is a jeweller, and she has been doing this since I'm young.  She was a single mother, so we lived off her art. My older sister is an artist too. She works in special effects in the movies as a digital artist.”

But after her coup de foudre in the Irish pottery shop, Hebert came back and started down a new path. “When I went home, I quit everything, sold my car, bought a kiln and a wheel and just started." She enrolled in the three-year pottery program at The Maison des Métiers d'Art de Québec in Quebec City but decided to strike out on her own after her first year.

"In 2009, I started my business, Bleu Marie Pottery, in my mom's basement,” Hebert said. “I did my first serious craft show in 2011. I was doing pottery, but I had another job on the side. I was selling at Christmas and summer craft shows and in stores in Old Montreal and Old Quebec City."

Hebert's reputation was solidified when she exhibited at 1001 Pots, the annual major ceramics show in Val-David. “It was a super busy time, but it helped me to make my name and get customers."

"We bought a house and built a studio in Saint-Vallier on the St. Lawrence River near Quebec City in 2014.  It was the perfect spot. We stayed there six years." Hebert was the sole employee, making and selling her pottery.

Hebert and her husband discovered Lawrencetown in 2017.  "We just fell in love with the place. We are surfers. We used to come here a lot but then we just got tired of the drive, so we said, ‘Why not move here.’ It took us some years to make that happen."

"I had to transition the shop business in Saint-Vallier to an online business. We put the house for sale in 2018 but then it took two years to sell the house and so we finally sold it at the height of the pandemic. We had to leave our house, but we couldn't come here because of the pandemic, so we put all our stuff in storage and went back to my mom for a year."

"My stuff was in storage so I couldn't make pottery. I always wanted to make prints and drawings. I'm from an artistic family so I always drew stuff in my life. I was like fourteen hours a day straight for eight months drawing and putting it online. Blue Marie Artwork was a success!"

Hebert knows which products sell and where. The three most popular glazes are blue, white, and red. The most popular items are coffee mugs, French butter dishes, and olive oil cruets. "I sell a lot of garden decorations in the States and English Canada, but in Quebec not that much because people don't have the culture of decorating their gardens. The garlic grater is super popular in Quebec, but Americans don't buy it."

Hebert finally moved to Lawrencetown in August 2021.  She has converted her two-car garage into a pottery and print studio. "I just opened my studio and started production in December. So it took some time to make it happen to move here. We are very happy to be here, and we have surfed a lot."

You can find Hebert's pottery and prints at https://www.bleumariepottery.com, with a link to her online sales sites on Etsy.