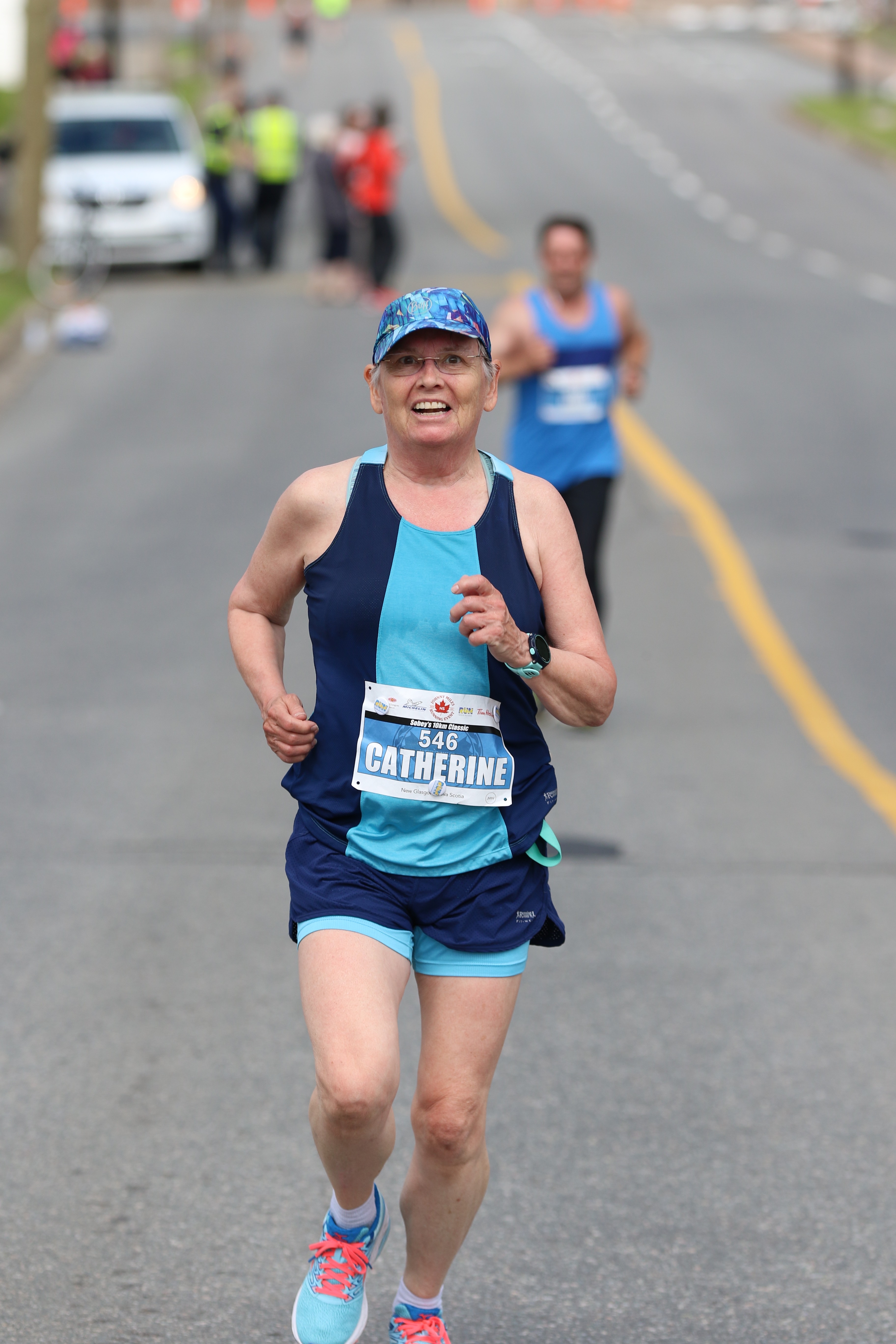 Musquodoboit Harbour’s Catherine Berry is on track to realize one the great ambitions of so many distance runners: running the fabled Boston Marathon, one of the world’s major Marathons, and New England’s most widely viewed sporting event, with more than 500,000 people cheering the runners along the hilly route. (Grand Desert’s Susan Cargill has also qualified for this marathon.)

Berry was a late arrival to the world of marathons. She started running in 2013 with Mountain Equipment Co-op’s Learn-to-Run 5 K program in Halifax, moving up gradually to a 10K in 2014, an a half-marathon in 2015. After retiring from her career as an airline pilot in 2017, she started training even harder, running her first Marathon in Ottawa in May 2017.  (A full marathon is 26.2 miles, or 42.4 km.) Her time, 4 hours, 36 minutes, 55 seconds, was fast enough to meet the Boston Athletic Association (BAA) qualifying standard for 2018 but ultimately, because of the restriction on the number of runners, not quite fast enough to get in. She had missed by only 18 seconds.

In the summer of 2018, Berry traveled to Iceland and finished 4th in her age group of 19 with a personal best time of 4: 33:23 seconds, fast enough to qualify for the Boston Marathon in 2019. But there was a serious problem with the length of the course. “Someone had put the turn-around in the wrong place on race-day morning,” Berry said, making the course 213 meters short of the official distance. “Even adjusting for the extra distance, I qualified by more than 5 minutes, but the BAA disqualified the entire race.”

“It was a long, suspenseful wait till September to find out if I’d really made it in. When I read the email I was elated and could hardly wait to share the news. I felt so supported by friends, fellow runners and family who were so excited and happy for me. Now I have to train diligently so that I can race the Boston course well and really enjoy it.”

So if all goes well, Berry will be waiting somewhere in the pack of 30,000 runners in Hopkinton, Massachusetts on Patriots Day, April 20 this year.

She can be found on Twitter and Instagram as @Muskadobbit, on her blog at https://muskadobbit.wordpress.com, and, of course, out running on the Musquodoboit Trailway.