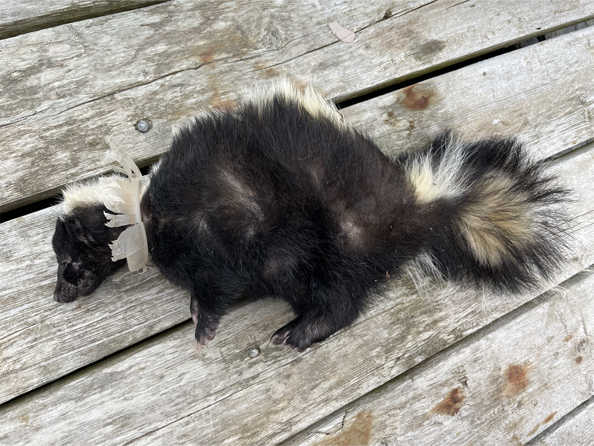 Angela Riley is one of the leaders of a largely invisible army who spend their spare time cleaning the beaches of Nova Scotia. According to figures she’s pulled together, volunteers have removed more than 50,000 pounds of trash from the province’s beaches since she started adding things up last August.

Riley was born in Halifax, and grew up in Beaver Harbour. After a 5-year stint in the Yukon, she came back to Nova Scotia, and now lives in Eastern Passage. “My family were fishermen, lobstering and swordfishing, and I always wanted to be by the ocean,” Riley said in a phone interview. 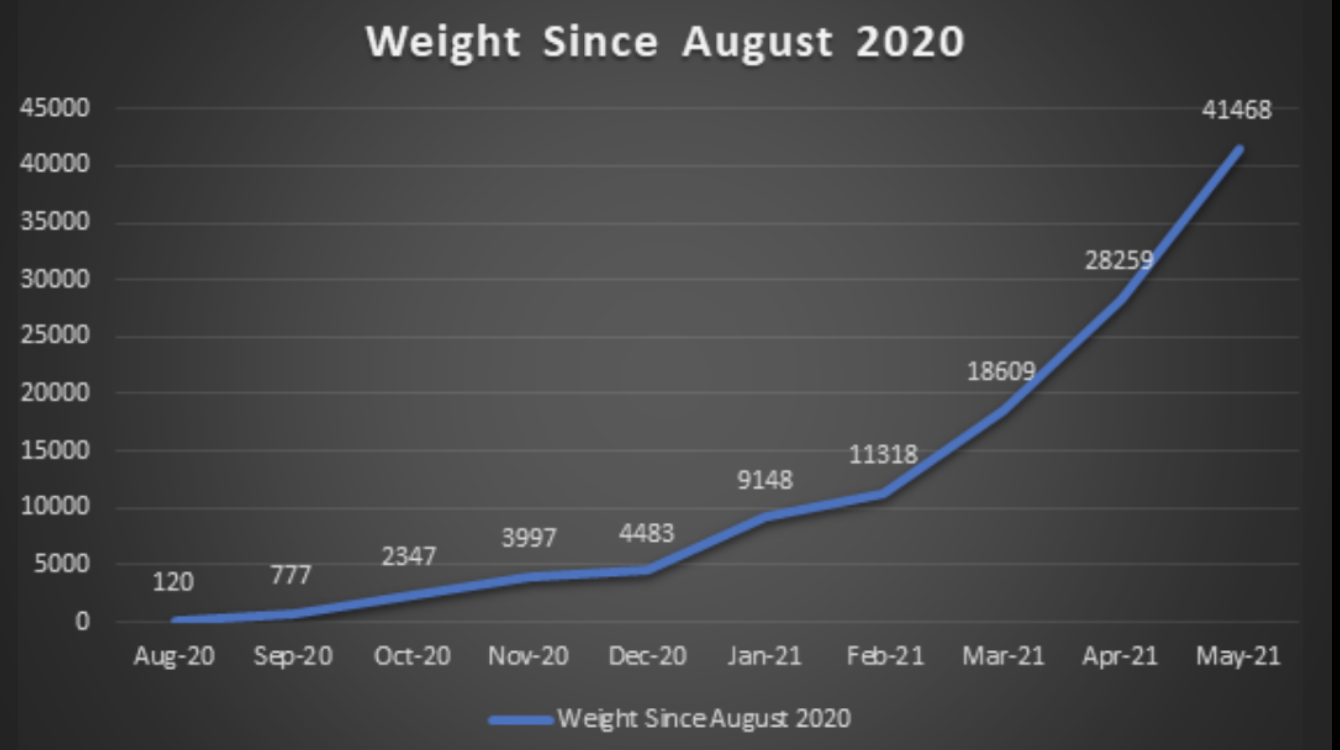 One of her earliest memories of seeing garbage on a beach was on a Navy Cadet camping trip to McNabs Island. “My Cadet career is one of the reasons I have such a big love for the sea. And its where I got my working-with-rope skills.” Riley is now a reservist who works with Cadets.

“I’ve always picked up garbage when I was beach walking,” she said. “But after my second child was born two years ago, I found myself struggling with depression, thinking about the world’s problems, climate change, acidification of the ocean, rising sea levels….After about 8 months, I needed to do something positive, and that’s when I started Scotian Shores. I’m not a biologist or a marine scientist, I didn’t finish college. But I am good at staying positive, and that attracts people who want to do something.”

Riley set up Scotian Shores as a sole proprietorship in August of 2020. “With Covid, it wasn’t the greatest time to start up. But beach cleaning is an outdoor event, so it’s easy to social distance. We may be working far apart from each other, but we’re working towards the same goal, so it’s still working together.”

Riley’s whole family does cleanups. “The kids, who are 2 and 6, go with me, and my husband. My six-year-old will say, ‘Mommy, why is everyone littering?’ I love to show the kids that there are people who do care. Just look at all the people who came out to clean up! Look at that, buddy!”

Riley loves the work. “The first time I hit 40 people in the middle of nowhere, I told myself, ‘This is awesome!’ It shows me that other people care. I know there are hundreds of small cleanup groups around the province. My big goal is creating connections. After I got started locally, I started realizing how much work it takes to organize cleanups. I registered as a business so I could start getting money to fund things like equipment and gas for travel. I spend a lot of time now collecting data from every group I can find. If you give me data, I’ll support you with equipment.”

Of the various things people throw away, Riley says she’s been most bothered lately by all the plastic strapping. “We know strapping is an entanglement danger. And with Covid, there’ve been so many disposable masks that birds can get entangled with.”

Recycling is part of Riley’s work. “When we started, everything was going to landfill. Now, if we find smashed metal lobster traps, the metal recyclers take them. People are repurposing good rope into mats and baskets. There’s even a few artists who’re working with lobster bands.” She was careful to point out that when they find good lobster traps, she gives them back to their owners. 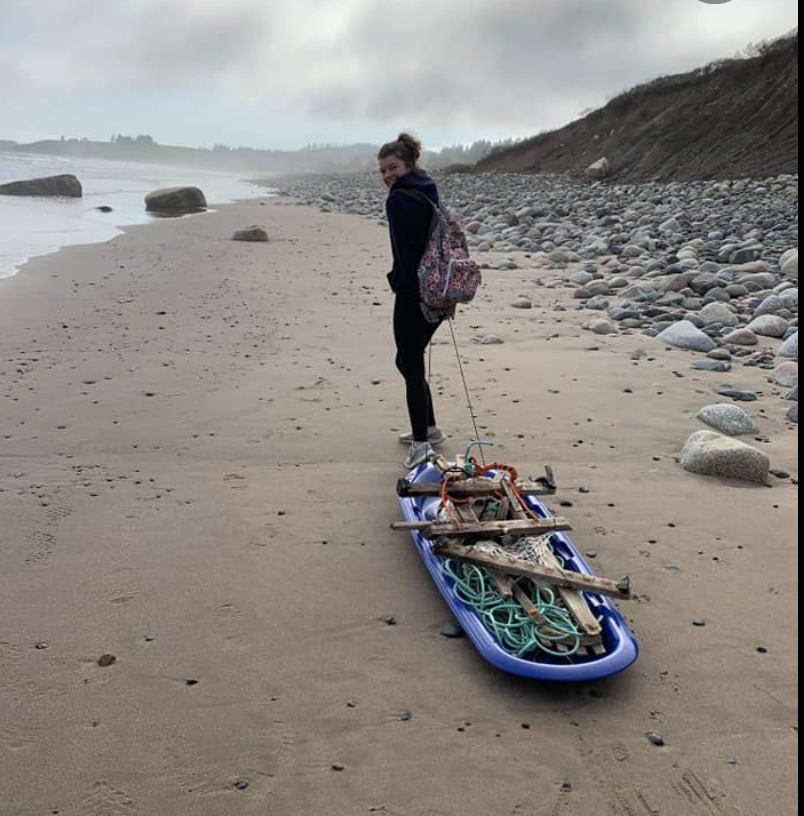 Scotian Shores makes a little money from selling recycled goods at Alderney Landing. “We’ve just started a Go Fund Me campaign (“Help raise funds for the Scotian Shores Truck”) to raise money for a used truck so we can haul even more trash away. My big pipe dream is to employ people to clean the shoreline.”