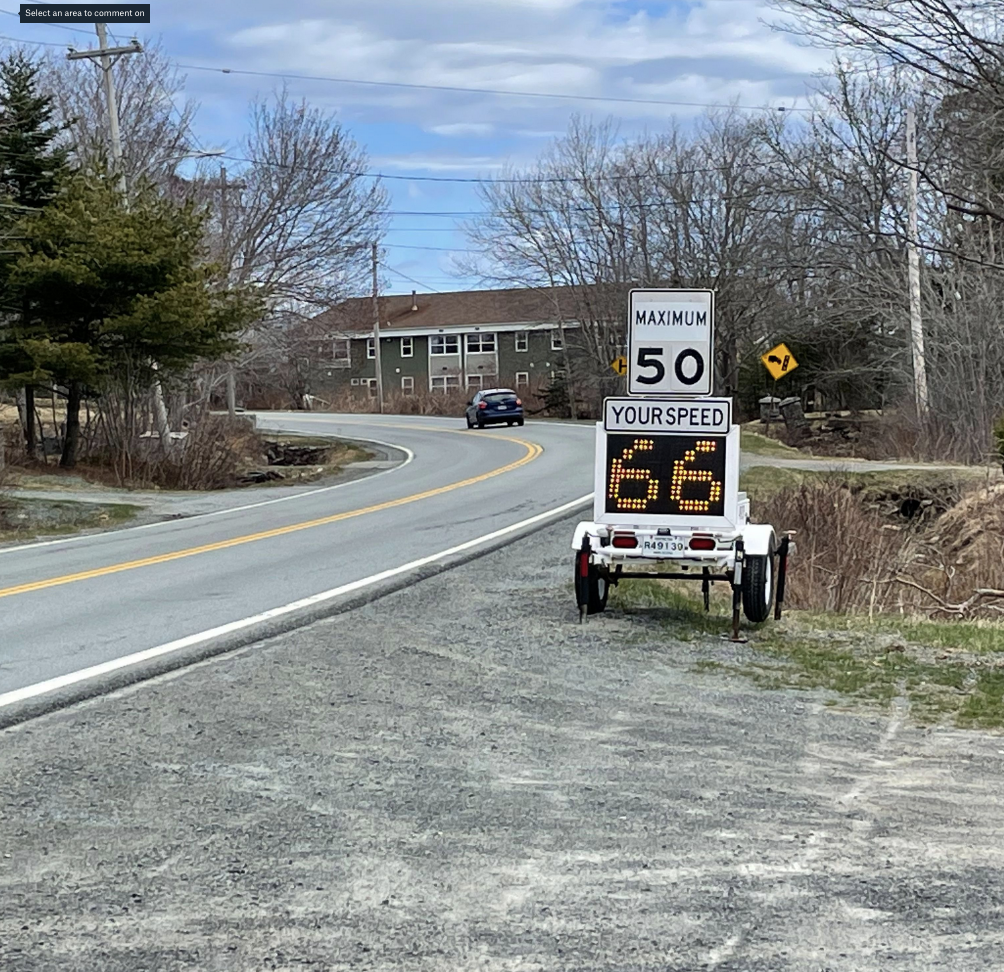 The speed limit in East Preston on Highway 7 is now 50km/hr, down from 70km/hr.

The fight to lower the speed limit has been going on for decades. I interviewed several East Preston residents who’ve all been involved in this struggle. They told me story after story of meeting with their elected representatives, of phone calls and letters and emails to bureaucrats at what is now Transportation and Active Transportation, all without any effect over the years.

“We’ve been asking for a lower speed limit ever since they lowered the limit to 50  in Lake Echo after the grandchild of aTransportation Minister got hit,” said Charles Taylor, one of the directors of the East Preston Ratepayers Community Development Association.

Taylor said the province’s failure to respond for so many was a clear example of how systemic racism negatively impacted the lives of East Preston residents. “I joined the Ratepayers three years ago,” Taylor said, “and we’ve been supporting all the people who’ve been fighting to lower the limit. What we kept hearing from TIR and others was the rules said they couldn’t lower the limit. Our argument has never been about the rules say, it’s about what’s right and wrong for our community.”

One of the places most in need of the lower speed limit along Highway 7 is the East Preston Daycare and Family Resource Center founded in 1974 by Dr. Joyce Ross. “It’s an awesome feeling seeing the new 50km signs,” Dr. Ross said in an interview, “even if everyone’s not obeying them yet. We used to take the kids across the street to a little park, and it was scary. There were two accidents with people turning out of the daycare driveway and getting hit by people coming over the hill so fast. We fought for a lower limit tooth and nail, and the most we ever got was a sign with a little child on it.”

We also spoke with Dr. Ross’s sister, Nina Colley, who worked at the daycare center. “Teachers had to literally stand out in the middle of the road with nothing but our hands to stop traffic so we could get the kids across the road for walks,” Colley said. “We had cars that would squeal away because they were angry we had stopped them. I left East Preston in 1988 to work in Ontario. I came back home two years ago, only to find we were still fighting the same battle.”

Taylor said that the threat of a protest may have played a role.  “I was planning an actual protest on April 8,” he said. “Three weeks before, I called around to the RCMP and HRM and asked what I had to do to block the road off. I got a run around. Then on April 7, our MLA Keith Colwell called with the news they were lowering the limit. This time we called them out and said enough was enough, we weren’t going to let them hide behind their discriminatory policies any longer.”