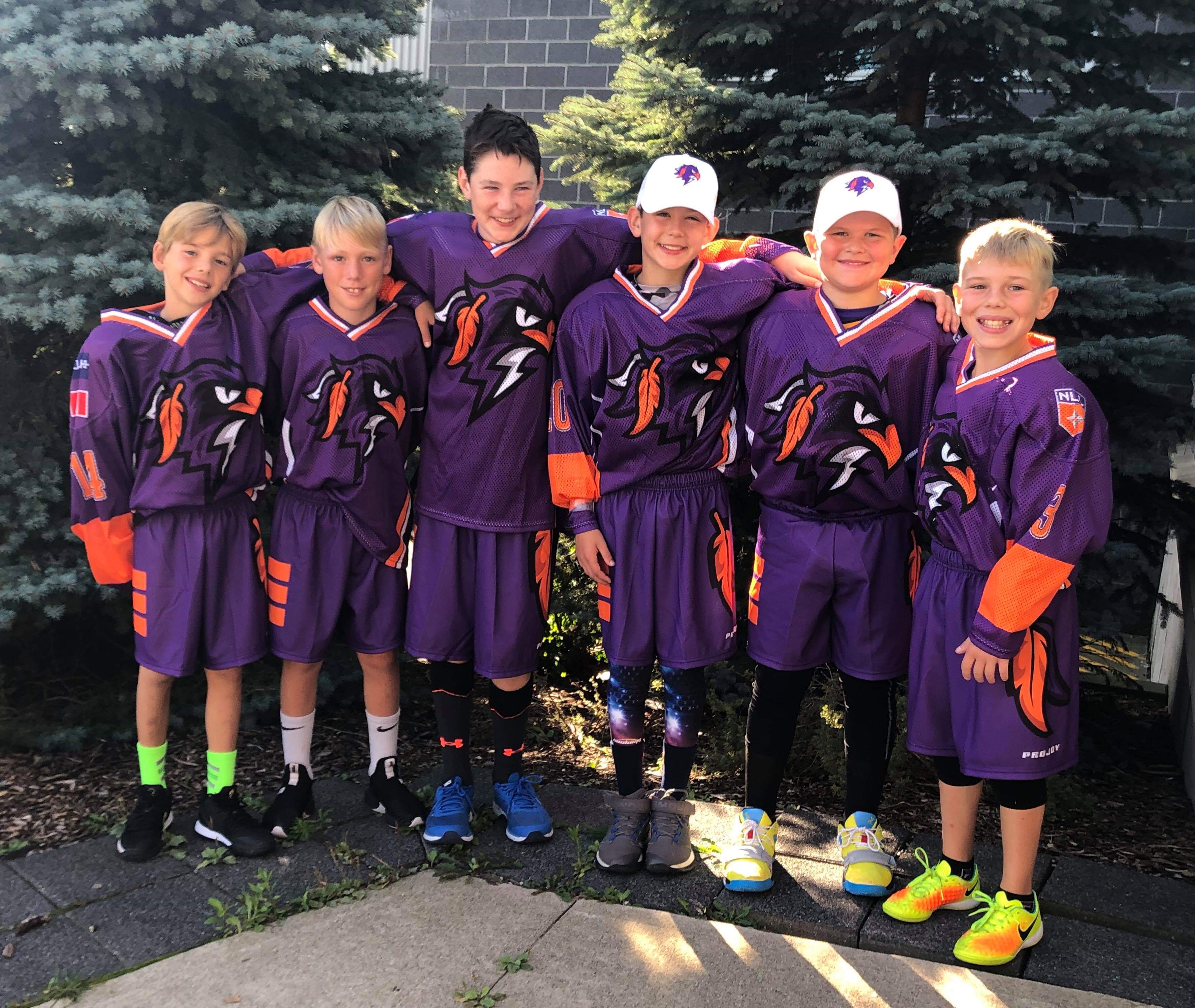 Six young lacrosse players from the Eastern Shore were chosen as members of the first ever Junior Thunderbirds team to play in the 7th annual Junior National Lacrosse League Tournament in Oakville, Ontario at the end of August. (From left to right, Hayden Brittan, Ryland Firth, Cohen Conrad, Tristen Conrad, Declan Pettit, and Macgregor Mills.)