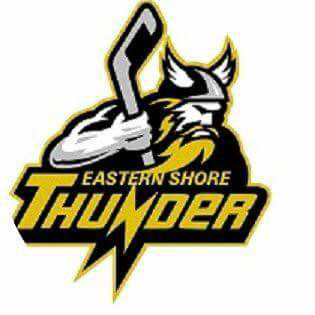 The Junior C hockey playoffs have started and the ThunderDome (aka ES Arena) has been the place to be these last 2 Saturday nights in February with the Eastern Shore Thunder winning both semi final home games against the Avon River Rats.

Eastern Shore Thunder are leading the series 3-1.  The next game is Saturday March 3 @ 7pm at the Eastern Shore ThunderDome (aka ES Arena).  If the team wins, they will face the Spryfield Attack, who are regular season league champs and went 4-0 in their semi final series against the Cumberland/Colchester Colts.  That finals will start in early/mid March.  Stay tuned to our Facebook page for updates on the schedule (www.facebook.com/easternshorecooperator)

Congratulations to Thunder players Liam Mason (goalie) and Leighton Yeo (forward) for being named to the League’s 1st All Star team.

Be sure to dress up in your best Thunder Fan Outfit for this Saturday’s playoff game and you might be named the EASTERN SHORE COOPERATOR FAN of the game!