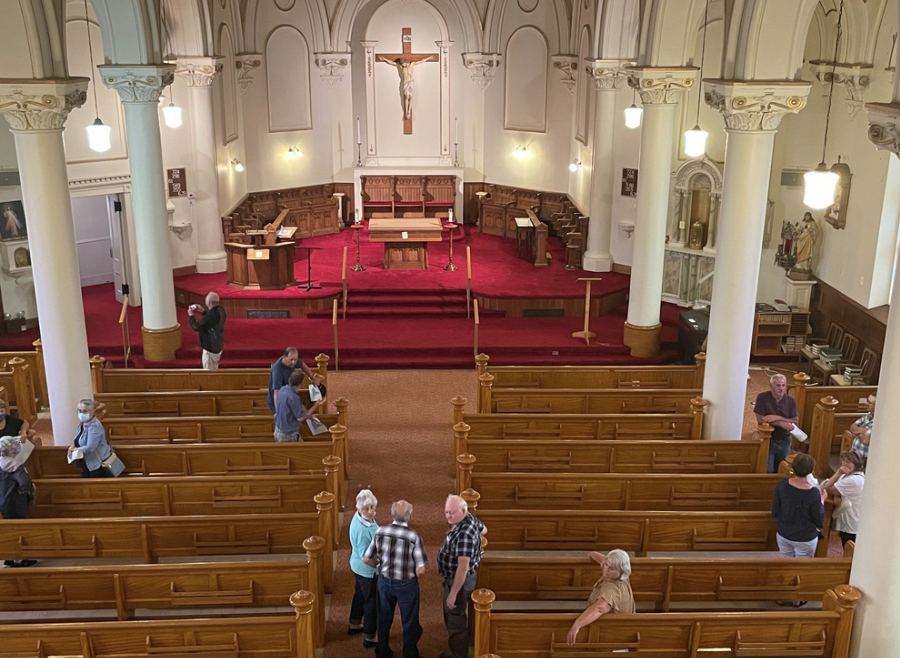 Endings and Beginnings at St. Anselm’s

August saw two major events in the long-running struggle by parishioners of St. Anselm’s Roman Catholic Church in West Chezzetcook over the fate of their beloved brick church.

The Mass at the church hall was a solemn occasion. The only evidence of the long struggle were a few protest signs propped up against the front of the hall, and some oblique references during the service. After the end of the service, many parishioners and friends crossed the street and went into the church for the first time since in almost four years. Some knelt in prayer, and tears glistened on many faces.

The abrupt closure of St. Anslem’s on November 11, 2018 precipitated a wave of anger and distrust. There was no forewarning: at the end of Mass, the pastor suddenly announced that because of the detection of toxic mold, the church was closing, with no indication of when, or even if, it would ever be re-opened. Then on June 16, 2019, Archbishop Mancini issued a decree permanently closing St. Anslem’s, and four other parish churches, consolidating what had been 8 parishes into a new parish, St. John of the Cross.

A small group of fiercely loyal parishioners created what came to be the St. Anselm Preservation Society and diligently worked for three years going through the appeal process of the Church courts.

Madeline Oldham, chairperson of the Society, said in an interview before the deconsecration Mass that people could not understand the decision to close their church. “Our parish was the largest faith community of the eight parishes. To close the parish and the church was not the best way to evangelize on the Eastern Shore.”

After Mancini rejected their first appeal, they appealed to the Congregation for the Clergy in Rome. After losing at this level, they hired a canon lawyer in Rome to plead their case before Church’s highest court, The Supreme Tribunal of the Apostolic Signatura, which rejected their final appeal earlier this summer.

Mancini listed several reasons justifying the closing of the church, starting with mold. But Oldham said the claim that there was a serious, harmful mold problem was fabricated. “We have proved that the mold issues were not substantiated by scientific evidence,” Oldham said. “We could have done mold remediation within the week and had the church reopened for the next Sunday’s Mass.” This request was denied by the Archdiocese. In later correspondence, Mancini stated, “I acknowledge that mistakes were made in the process used to respond to the mold in the church.” But the Archdiocese made no attempt to correct these mistakes. 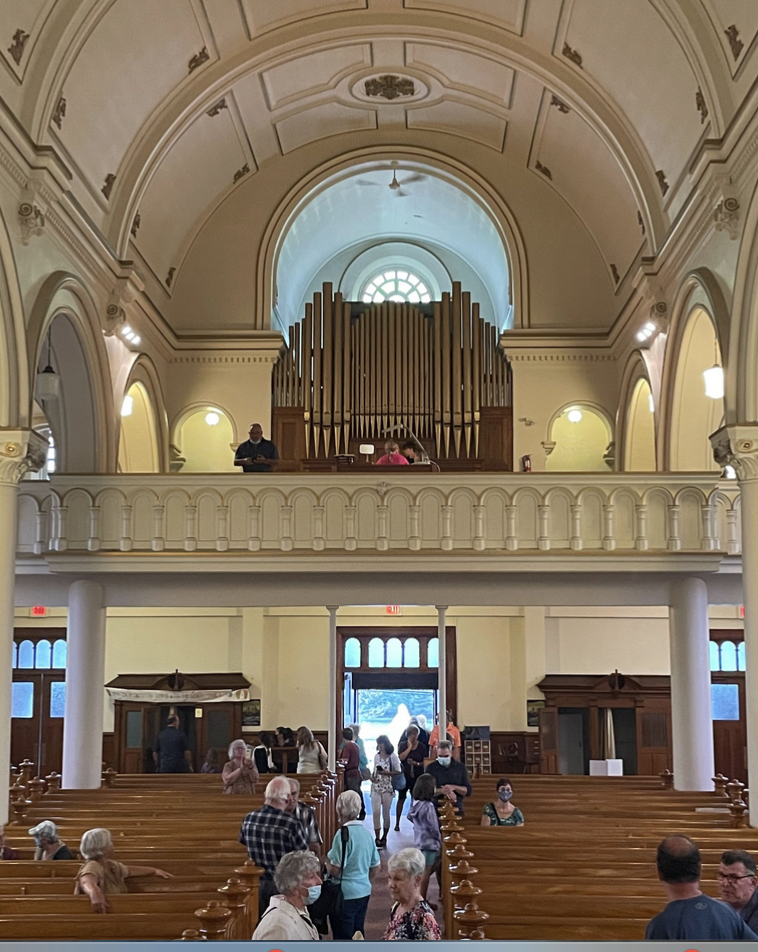 The Society prepared a total of 11 different appeals. Oldham said, “We have documentation to show that Mancini did not have the pastor’s permission to close the church, therefore violating one of the conditions for a ‘grave cause’ that would justify closing the church. However, the Vatican courts rejected our supporting documentation - their decision was based upon the economics of repairing and maintaining the church and the overwhelming debt of the parish, even though we provided documentation of alleged misappropriation of parish finances.”

The impact of this struggle on the St. Anselm’s community has been devastating. “It has caused damage beyond repair,” Oldham said. “It was implemented with a façade of inclusiveness, but this reorganization plan did not have genuine parishioner input. In fact, Mancini stated, ‘this consultation may not have been as effective as possible.’ The decision has resulted in a loss of parishioners practicing their faith. Many have even moved on to other denominations. And they stopped contributing financially.”

At a community meeting on August 17, a standing-room-only crowd showed up for a meeting called by the St. Anselm Preservation Society to get community input of ideas and ways to preserve the church building for secular use.

The mood was quite different than the previous week‘s service. There were many expressing sadness, hurt, anger and disappointment with church leadership. Some were still hoping that efforts would continue to have the Signatura’s decision reversed so that the church could remain as a place of worship.

But the focus of the meeting was on the future use of the church building. An official from the provincial heritage program explained in great detail what was involved in securing heritage building status under both the provincial and the municipal heritage programs. He said it was possible to seek heritage recognition under both programs, and both accepted applications for grant money. He emphasized that such status only protected the exterior of the building. He explained that if the owner of the building, the Archdiocese of Halifax/Yarmouth, declined permission for the group to seek heritage status, the Society could initiate a third-party application without having ownership of the church building.

During the evening, people suggested a range of potential uses for the building, like a theatre and performance space, or a museum celebrating the area’s Acadian and Mi’kmaq heritage. Two working groups emerged from this meeting. MLA Kent Smith will lead work on developing a business plan, and City Councillor David Hendsbee will inquire about the surveying work for the properties and the application for heritage status of St. Anselm Church building.