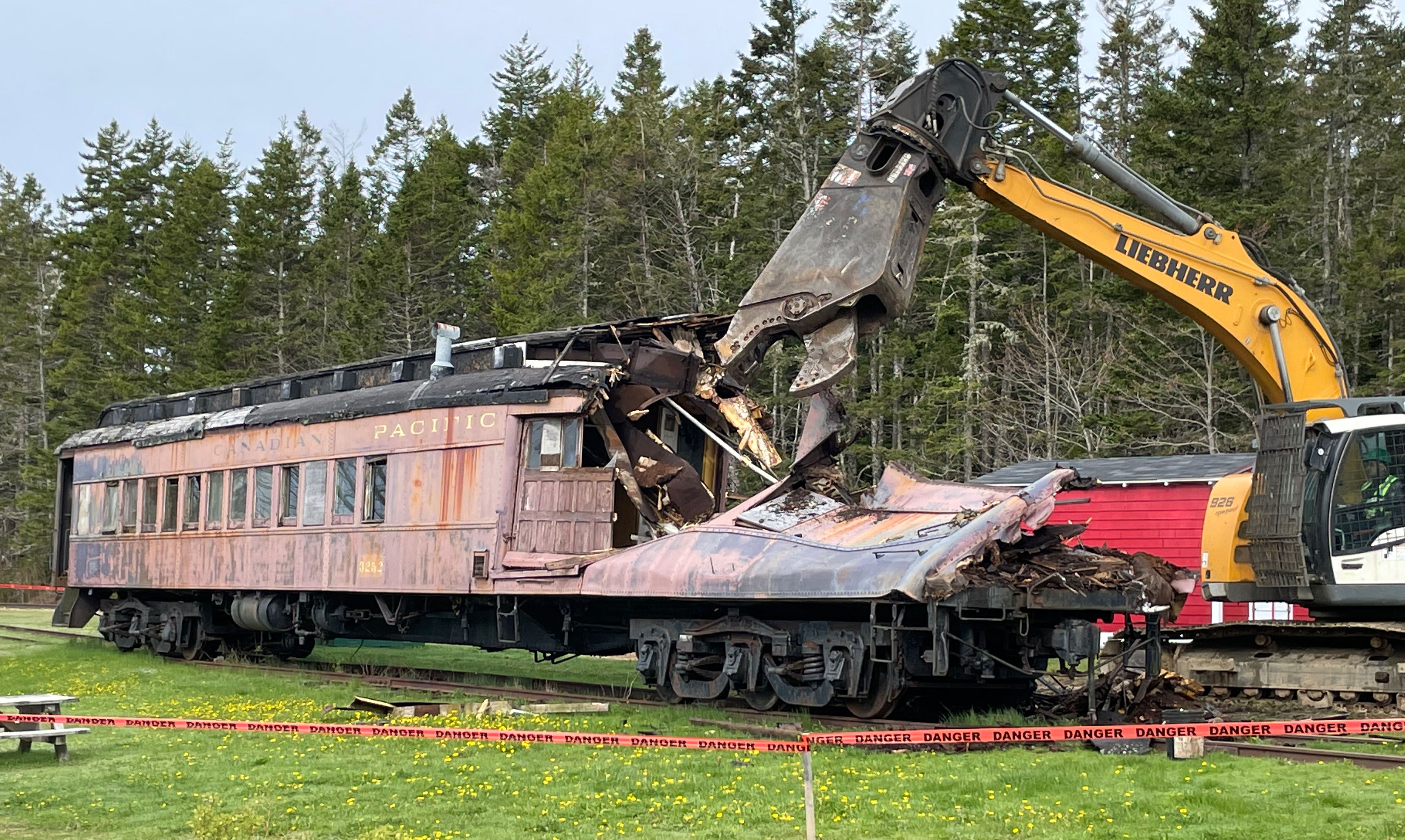 The old Canadian Pacific combination car #3252 is no more.

On Monday morning, a crew from Dartmouth Metals began ripping apart the car standing on the rails in front of the Musquodoboit Harbour Railway Museum.

“The community is sad to see it go,” said John Verlinden, president of the Museum. “It’s totally gone. The last estimate we got of the cost to restore it was in the neighborhood of $700,000. We have to make sure that we can preserve the other cars and engines we do have. Once we get that done, we’ll take a look at what other rolling stock is out there. There’s lots of stuff that’s in better condition that we could save.”

(We have produced a video bidding farewell to Car #3252. Take a look.)

The story of the combination car’s tenure in Musquodoboit Harbour is a sad one. “There were a number of incidents of vandalism, starting with breaking all the windows,” Verlinden said. “We had some funding when I took over the museum. We repaired the broken windows, did some painting, and restored some of the seats. Then some kids broke all the windows again, and trashed the entire insides of the car. We just boarded it up and closed it up.”

Verlinden said the Museum had made several subsequent attempts to do basic repairs on the roof. “But people kept breaking in, the cost kept rising, and government wouldn’t put up the money. We approached Canadian Pacific but they weren’t interested in helping us restore the car.”

Looking to the future, Verlinden said the Museum would love to acquire a passenger car. (The combination car was half-passenger, half-freight.) “If we bring something new on site, we’re going to have to build a structure that we can move cars into to do work on them. We’d love to get a locomotive. A steam locomotive would be ideal! We want something that would bring back the look of the station in the heyday of rail service.”

Dartmouth Metals agreed to do the demolition and removal of the debris for free, with a donation to the museum as well. Verlinden said that they would pause the demolition once they got to the passenger section so that museum volunteers could save some of the passenger seats, which were too large to move out through the existing doors.