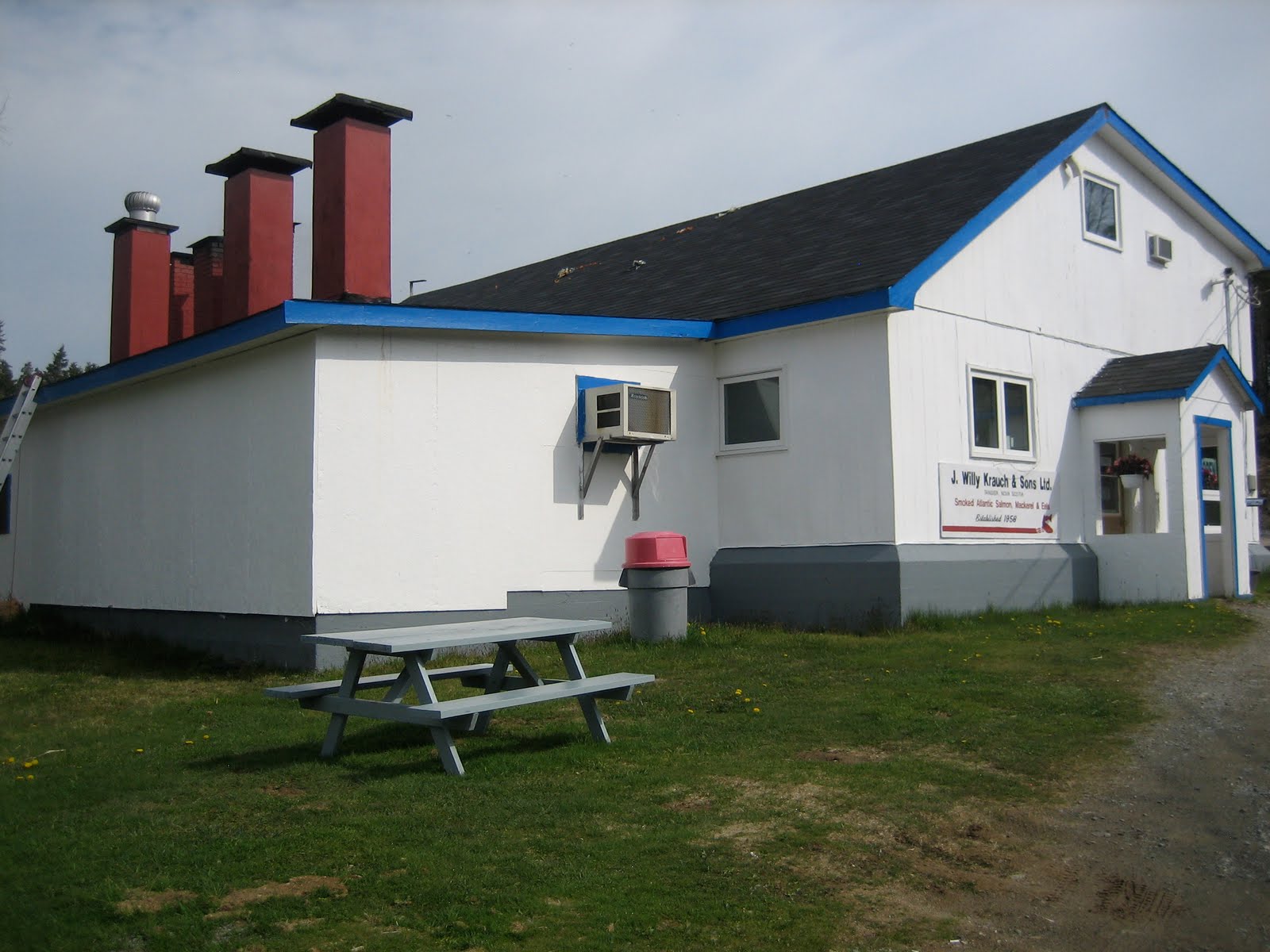 It began with incredible humility and determination 59 short years ago . It will close its doors in a similar vein later this month they announced the other day.

An Eastern Shore gem, a family enterprise, plying its specialty trade no longer.  As much as it has been appreciated all of these years, it will be appreciated much more by far when it is gone, unfortunately.

Founded by Willy. Followed by his children John, and Max and Alice among others, and nurtured by Penny, the third generation.  J Willy Krauch Danish Smoked Salmon was an iconic Nova Scotian culinary destination if ever there was one.

If you had visitors, or a special occasion, or family from away, there was no better excuse to indulge in their smoked products produced in a traditional ‘ smokehouse ’ in the village of Tangier on the Eastern Shore of Nova Scotia. There was that certain taste and special texture that no other smoked product suppliers could duplicate. Those who liked it, to borrow a phrase, liked it a lot ---- many customers throughout North America became clients for life. It was virtually unique in that wonderful way.

One quick story among so many we could offer:

We once had a lobster wholesaler client arrive at 3:30 on a Friday afternoon in late November. The owner and his son had flown in from The Netherlands unexpectedly. They were tired and hungry, and we had essentially nothing to offer in our immediate office. I sent over for a full side of smoked salmon from J Willy.

Two hours later, washed down with a six pack of Keiths India Pale Ale , and a box of Ritz crackers, our Dutch clients thought they had gone to culinary heaven. They have dined in Nova Scotia one hundred times over the last twenty years, but none of the experiences was quite the equal of that one. They still talk about it 15 years later because Willy ’s is special, the taste exquisite, and best of all, authentic and local.

All good things must come to an end?  Well I suppose so. But this small firm, with its crafted products in the traditional way, was a kind of Welcome Wagon for our underappreciated  region . What should you do if you took a drive on the Eastern Shore?  Visit Willy’s was the first and most popular recommendation.  How many tours must they have given over the last 6 decades? You could not begin to count them.

The Krauch Family should be very proud of what they established, and more importantly, sustained over the years. To an incredible degree, their superb products spoke for the Family with a certain eloquence. And in the scheme of things, that is just about what Willy would have wanted. I cannot immediately think of a similar combination:  a humble family company with an absolutely superb product that garnered such praise on a regular basis . So many of us could take a lesson from their accomplishments.

Perhaps I can say a sincere “ Well Done “ on behalf of Nova Scotians. The family’s perseverance and success must not go unnoticed.  It is a bittersweet ending to be sure, but one thing is certain:  J Willy Krauch departs with an incredible reputation that will thankfully live on long after them.

Stewart Lamont is the Managing Director of the Tangier Lobster Company.