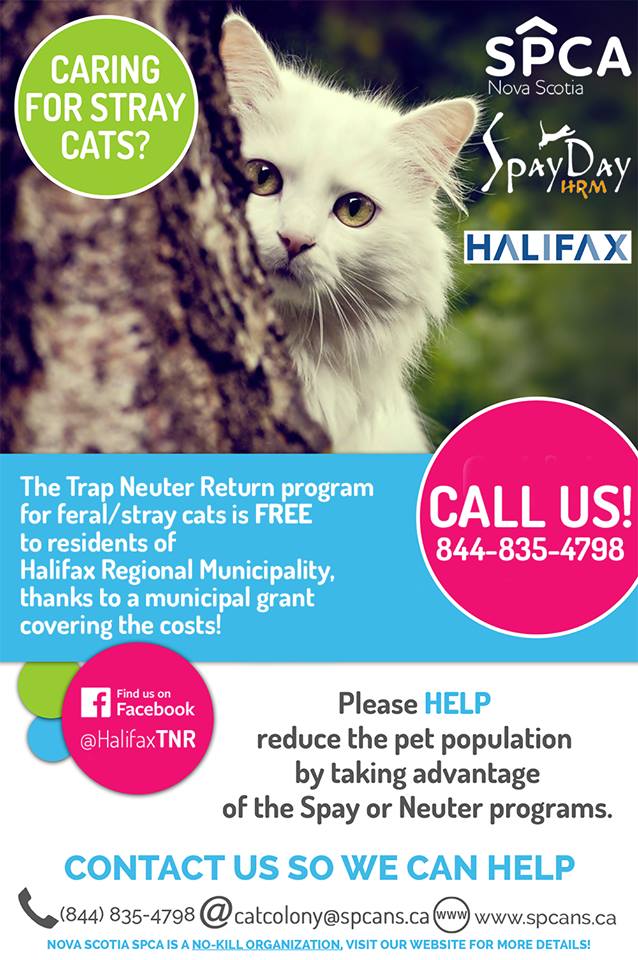 Halifax’s feral cat overpopulation problem may soon be in the past thanks to a collaborative effort between the city, the Society for the Prevention of Cruelty (SPCA), and Spay Day Society implementing a Trap, Neuter, Release (TNR) method. Now four years into the city’s five-year grant program, the SPCA and Spay Day Society praise the grant program as a massive success.

Linda Felix from Spay Day spoke with the Cooperator about how the program changed the way her organization and others handle the feral cat overpopulation problem. “For the first time in decades rescue groups and the city shelters are not constantly operating in crisis mode,” Felix said. “There is now room to actually get a cat into a shelter when it is needed. When I started 10 years ago the SPCA was operating with a 400+ cat waiting list. You could not get help for a cat in need any place in the city.”

HRM Regional Council approved a five-year $50,000 a year grant program in 2017 after a public outcry on the city’s feral cat problem. There were an estimated 60,000 feral cats at the time. “It’s a three-way partnership,” said Felix. “We can’t TNR by ourselves without proper medical vet experts. The city provides funding, the SPCA provides their facility and vet clinic, and my group provides volunteers, trappers, and resources, like cat food and kennels. We also work alongside smaller charities.”

The grant is especially helpful when it comes to taking on a problem of this scale. Fixing one cat at a time is inefficient, and Felix says by the time you fix one cat, three more have had a litter. “This collaborative program helps us take on more than one cat at a time, which is helpful when you're taking on whole colonies at a time. Working together in this program, we can capture and manage large groups of cats at once. It’s more effective population control, and we are already seeing results.” Felix states that TNR is a more effective method than most people believe. “With the support of this grant program we can safely monitor large cat colonies to make sure we never miss a cat.”

Heather Woodin from the SPCA talked with the Cooperator about their choice of method, TNR, and how it does more than population control. “[TNR] improves the health of the cats, leads to fewer litters born outside, reduces behaviors such as noise from fighting and breeding, and fixed cats make better neighbours and rodent control. The Nova Scotia SPCA believes that not feeding feral cats is not the solution because starving cats will still mate.”

The SPCA and Spay Day Society were put on a short hold last year but have come back strong. “Aside from a short pause due to the state of emergency mandatory restrictions on veterinary services,” said Woodin, “our program has continued operating throughout the pandemic.”

Both the SPCA and Spay Day have highlighted how, for a relatively small investment on the city’s part, this amount has worked wonders. Tons of progress has been made, from the humane reduction of the cat population and less complaints from citizens about cats. They also agree that this success proves that population culling by killing isn’t needed. “We are probably the only municipality in north America who can say they have a manageable feline population, with thanks to this unique program and partnership,” said Felix.

“We are very proud to be part of this effort,” said Woodin, “and to say that Halifax Municipality is now a leader in how effective and collaborative this program has been in tackling the cat crisis. TNR is truly the most humane and kind solution -- and it's working!”