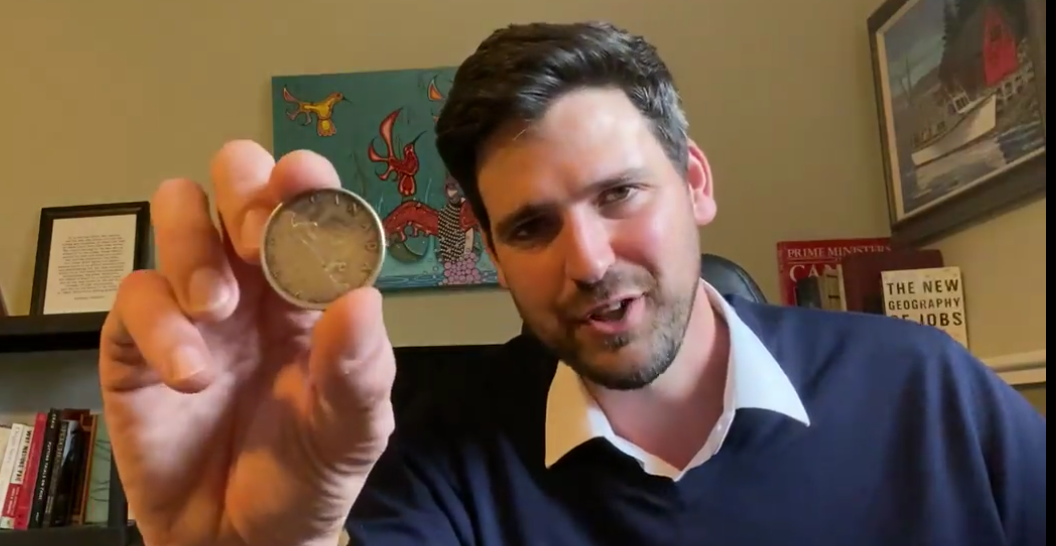 Central Nova’s MP Sean Fraser recently won “Best Orator” in the annual Maclean’s Parliamentarians of the Year Awards and was one of three finalists for “Rising Star.” The magazine asks Members of Parliament to submit nominations for 8 different categories, and uses a process that gives members extra credit for votes from members of other parties.

In a gracious acceptance video on his Facebook site, Fraser attributed his success as an orator to what he learned growing up listening to political discussions around the kitchen table in Merigomish, plus a little help from his Mom.

In the video, Fraser explained that although he was “not a particularly superstitious person, but there is one token I keep on myself when I speak publicly, and that’s this silver dollar, from 1966. You see, my Mom when she was a kid won a public speaking contest in elementary school.

“It meant a lot to her at the time. In the grand scheme of things, it may not seem all that important. But when I first got elected, my Mom gave me her silver dollar. She used to keep it on her when she gave speeches in public.

“And now I don’t think there’s been a word I’ve uttered in the House of Commons without this coin in my wallet. So I want to say thinks to my mom back home. And it reminds me that whatever success I had in public speaking comes from those debates around the kitchen table in Merigomish.”