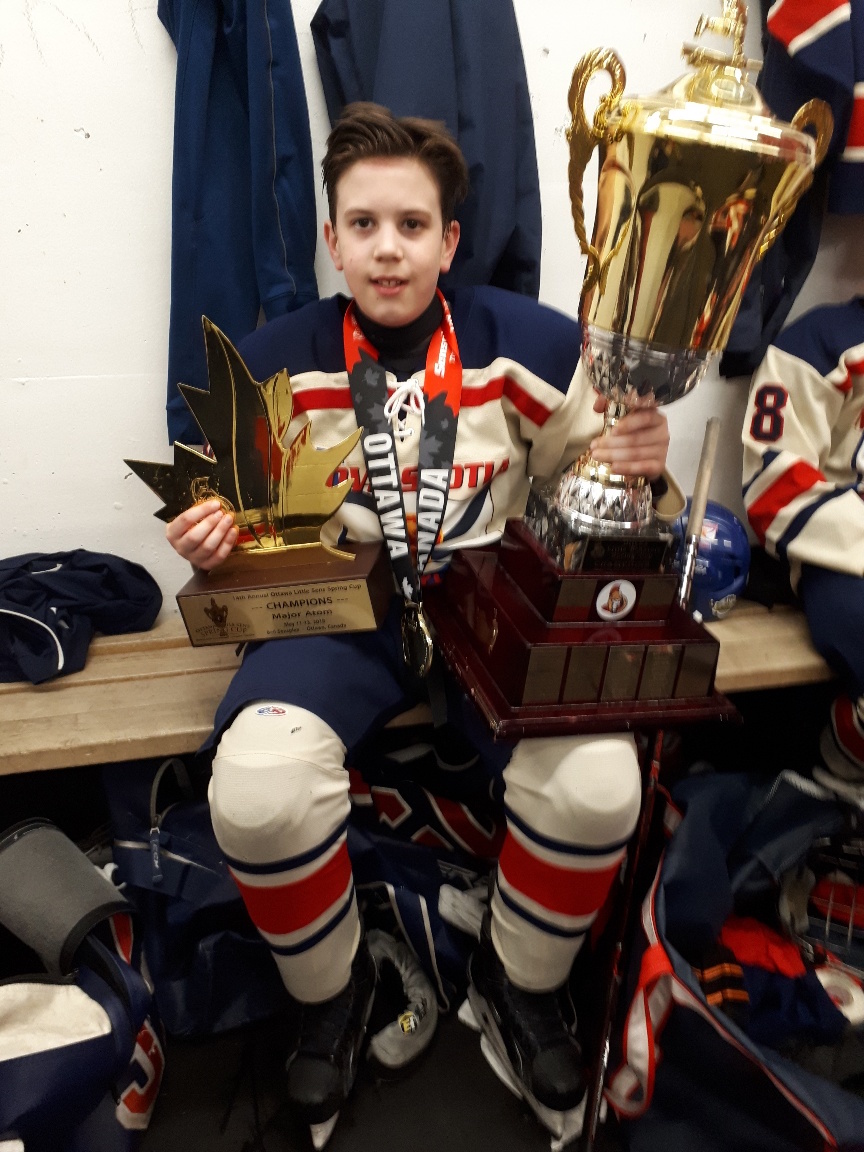 Luke Jardine loves hockey.  He enjoys the comradery of his teammates and meeting new people. So when the skilled defenseman was recently scouted by Legacy Sports and invited to play in the Hockey Hall of Fame Future Legends Tournament in Toronto, Ontario this past April, he was thrilled.

The tournament is a first-of-its-kind showcase, in partnership with the Hockey Hall of Fame. The tournament is an invite-only event for the top 300 players from North America and Europe, ages 11 & 12.  Players were drafted into 12 teams.

Luke’s favourite part of the tournament was being able to meet and play with players from all over the world.  And Luke’s team, Team Jagr, did very well and only lost by 1 goal in the semi finals to Team Gretzky, which went on to win the tournament.

Luke Jardine is strong skater and puck mover with scoring skill.  His favourite player is defenseman Erik Karlsson of the Ottawa Senators.  Luke works hard, and his goal is to play NCAA Hockey (USA College) and then turn pro.

And hockey isn’t the only sport Luke plays.  He also has a RED belt in Tae Kwan Do and is playing competitive baseball with the U11 AAA Dartmouth Arrows.