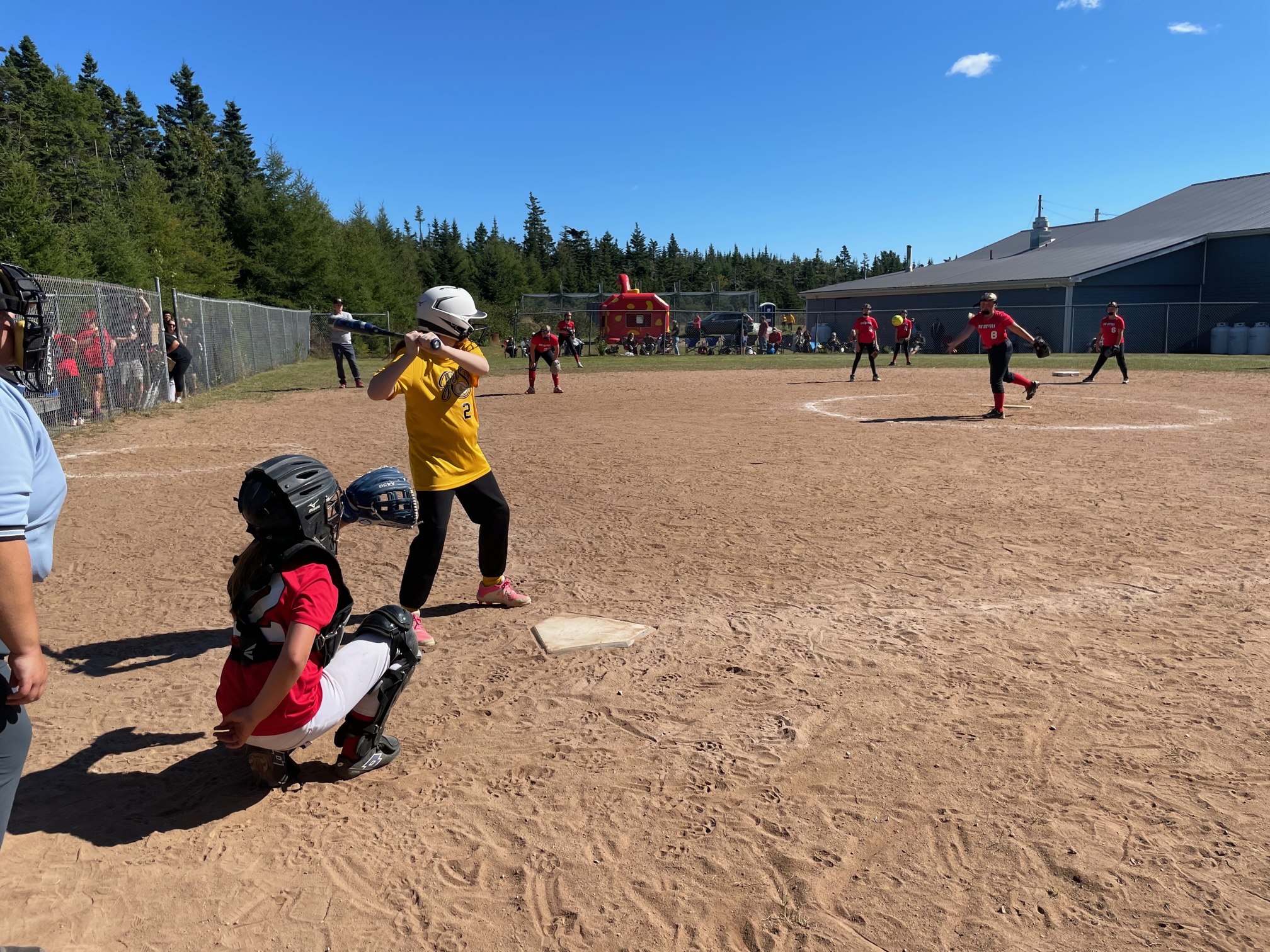 “We play mainly two other organizations in a House league,” Wentzell said in a phone interview. “There’s the Dartmouth SheDevils, and the Cole Harbour Comets, who’ve been around forever with multiple teams at every age level.”

The Gold Sox fielded four teams this year: a learn-to-play group for ages 5-9, boys and girls, and three girls’ teams, U-11, U-13, and a mixed U-15-17. Most of the practices take place at the Lawrencetown Community Centre, but they have also played at Grand Desert, East Chezzetcook, and Musquodoboit Harbour.

“I grew up playing fast-pitch in Porters Lake,” Wentzell said. “I wanted my kids to play a team sport, and they chose baseball. Fast-pitching is hard to learn. My oldest daughter learned how to pitch this year.”

Doucette also has a softball background. “I come from a softball family,” Doucette said, “and I played as an adult in the ladies’ league. My motivation was we just wanted the girls to be able to have a sport to play in their own community. We are very grateful for the support we’ve gotten from our sponsors, and all our friends. We’ve got a bottle drive coming up on October 1 to get us in good position for next year.”

The Gold Sox hosted the house league U-11 tournament at Lawrencetown, with 8 teams competing, 4 Comets, 3 SheDevils, and 1 Gold Sox. The Light Blue Comets team defeated the White Comets team for the championship.

“We had a good learning year,” Wentzell. “In the end, it’s all about the friendships. The kids come to play with their friend.”