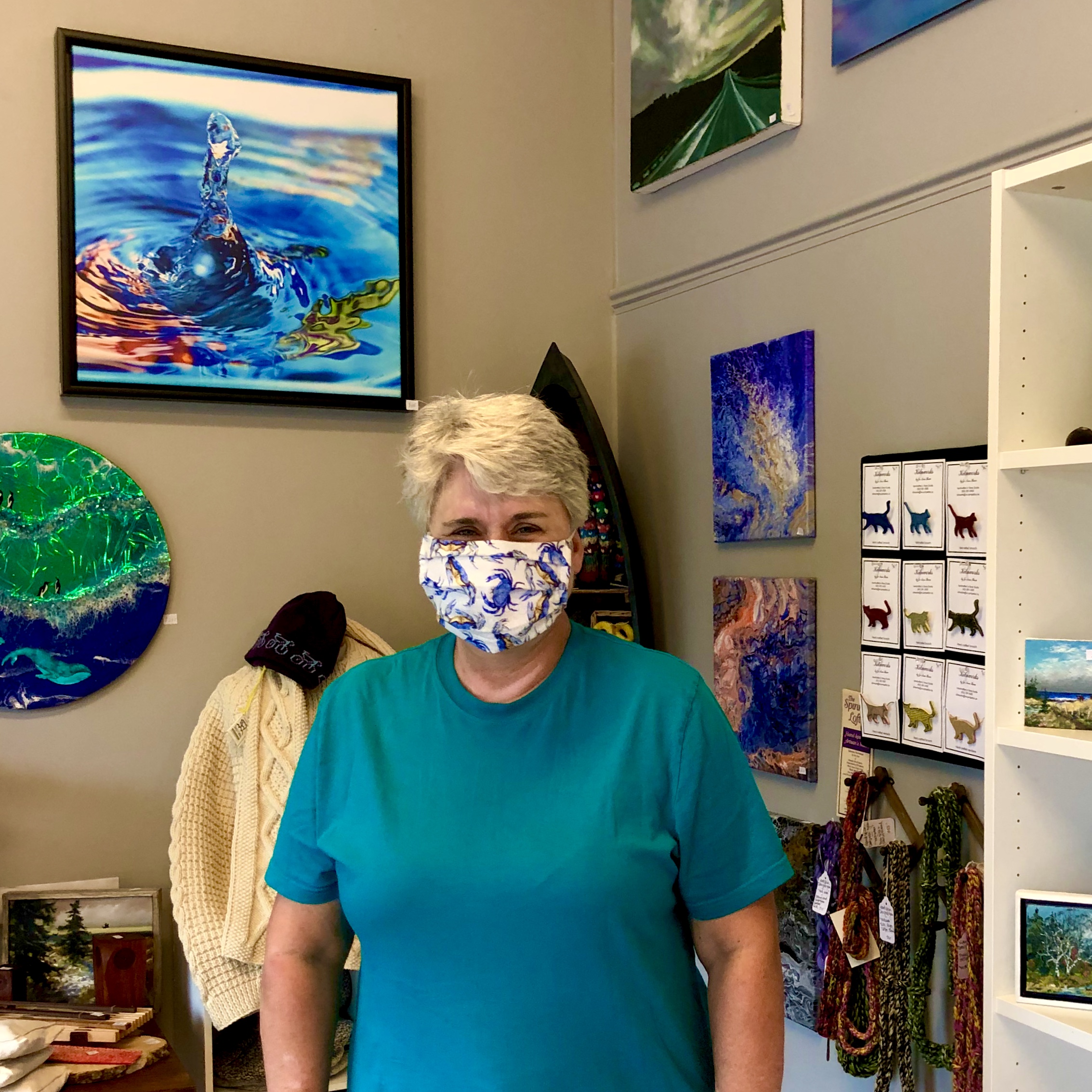 Starting a new art gallery on the Eastern Shore is a special challenge.   Just ask Anthea Taljaard, who opened her Eastern Shores Gallery on July 10 on Hwy 7 in Head of Jeddore just east of the Jeddore shopping centre.

Taljaard is a relative newcomer to the Eastern Shore, having grown up in a small coastal town of 50,000 in South Africa that supported 13 art galleries and 200 artists through tourism. She saw firsthand how the artists and galleries attracted tourists, who also spent money locally on accommodations, restaurants, and other shops.

“There is an economic impact that a shop like this can have which is far bigger than the shop because [the] 50 people who come in here in a day have to go somewhere, have to eat somewhere, have to sleep somewhere,” says Taljaard. “I think it’s time for the Eastern Shore to become a destination of choice... and start to showcase itself. If this shop can do some of that then I feel that I’m achieving what I want to achieve”

When deciding on a location, Taljaard said, “It came down to the size of the space, the rent ,and then it had to be on the highway. So I literally just stood against the store one day and counted traffic, and there was enough to make it viable.”

Taljaard is taking no chances that you might drive by without noticing her place. There’s a huge sign right by Hwy 7 that says, “Eastern Shores Gallery.” Turning in, you see welcoming, colourful picnic tables, a visible invitation to take a break.

Inside the spacious, light-filled gallery, Taljaard started with 20 artists whose art and gifts include pottery, fibre art, paintings, photography, wood working, and much more.

“We chose to only hold quality work,” Taljaard said. “It reflected some kind of artistry on the part of the person... the variety is eye-catching; the calibre of the work is eye-catching.”

Taljaard had a busy opening day, with a steady stream of people all day long. The combination of good word-of-mouth from visitors, and some local news coverage, have produced sales that have required her to add an additional 15 artists, with representation now from Chezzetcook to Sheet Harbour. “We’re paying artists monthly... I would say probably three quarters of the artists in here are earning, some of them are earning significantly,” according to Taljaard.

Taljaard knows that road traffic will drop over the winter and is hard at work building up online sales through Instagram and Facebook (@EasternShoresGallery).

[Editor’s note: Jennifer Deacon is a visual artist who has exhibited in Ontario, Prince Edward Island, and Nova Scotia. She is one of the 35 artists represented at the Eastern Shores Gallery.]