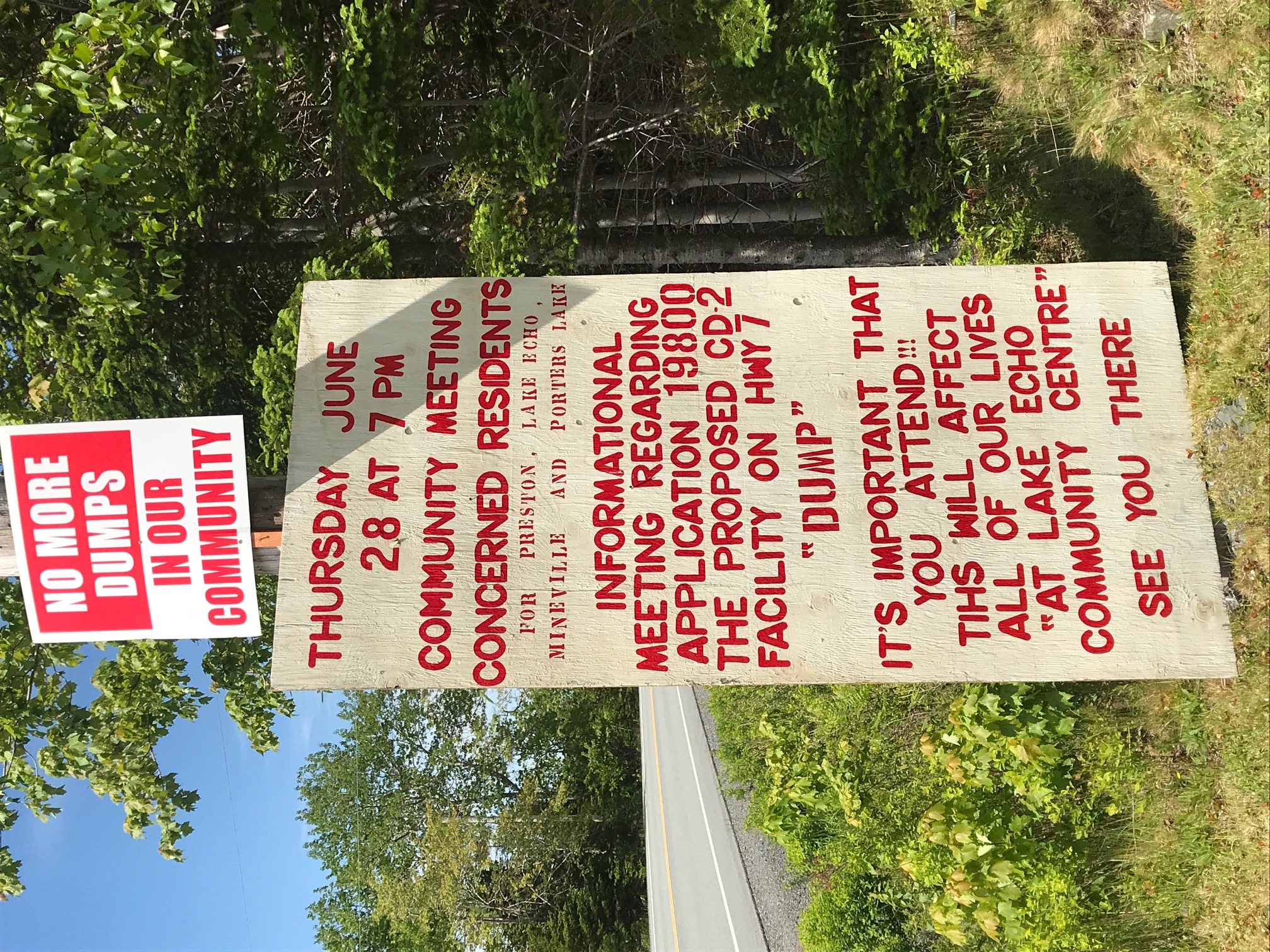 Once more unto the breach, dear friends, once more

Lawrence Bellefontaine, the owner of Kiann Management, has re-launched his company’s highly controversial effort to get HRM to rezone a parcel of land on Highway 7 in Porters Lake to use as a construction & demolition debris recycling plant. (See “HRM Rejection Letter to Bellefontaine,” September 12, 2016,

And once more, the members of the Concerned Residents of Porters Lake, Lake Echo, Preston and Mineville Areas are preparing to return to the fight that they had almost won when a negative review from HRM’s Planning Department led Bellefontaine to put his rezoning effort on hold.

Concerned Residents will be holding what they call a “community conversation” on June 28th at the Lake Echo Community Rec Center at 7 pm to talk about the next steps for fighting the C&D facility. Deb Day, one of the founders of Concerned Residents, has issued an urgent call for people to turn out to protect their neighborhood. In a June 9 Facebook post, Day explained that the group was “picking up where we left off when the application was put on hold. From there our fight continues. Please join us to hear and discuss what role we each need to play next.”