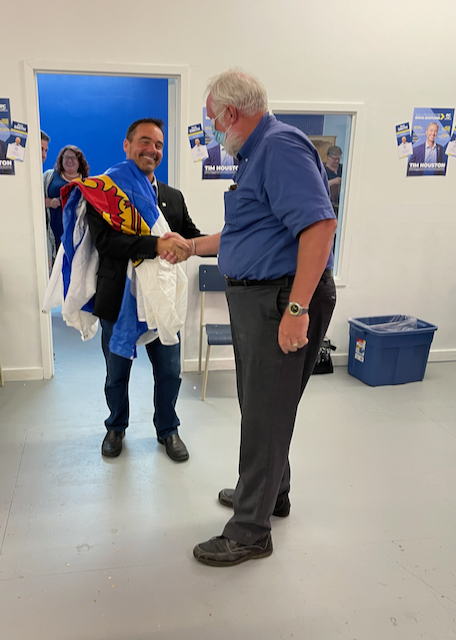 It was the PC’s night across the province, as the party’s candidates won a solid majority of 30 of the 55 seats at stake. Premier Iain Rankin held on to his seat, but his party dropped from 26 seats down to 16.

In the Eastern Shore riding, the PC’s Kent Smith defeated the Liberal incumbent Kevin Murphy and the NDP’s Deirdre Dwyer. In an interview at his election headquarters, a beaming Smith praised is campaign team. “I was a small cog in the wheel that made this happen,” Smith said. “My team told me to go out, knock on doors, share the party’s message, and listen to people’s stories and concerns. I knocked on almost 4,000 doors, from Lawrencetown to Ecum Secum.”