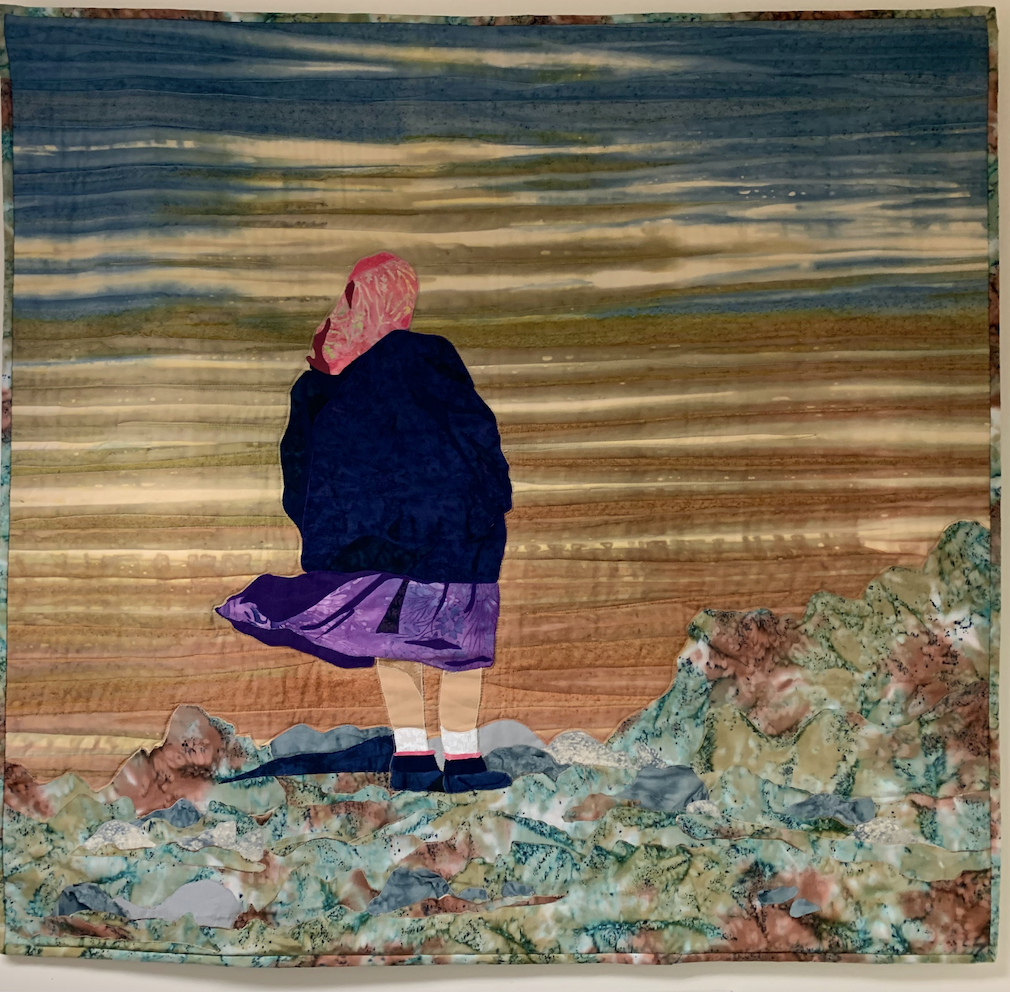 Quilting from Nova Scotia to Yellowknife

After a career in nursing that took her from Halifax to Yellowknife, Rosalie Parsons retired to Spry Harbour and a whole new career as a master quilter and teacher.

"Until I was seventeen I lived in Sheet Harbour and Spry Harbour,” Parsons said in a recent interview. “I went to the Halifax Infirmary for nursing and then moved around Nova Scotia for various nursing opportunities."

"In the seventies we lived in Sherbrooke. I learned to quilt in Sherbrooke Village. It's a pioneer village, so of course everything was done the good old fashion way. The fabric person was Polly Green and she is a really well known quilter in the province. She taught me to quilt and to weave."

In the early stages of her quilting career, Parsons exclusively used traditional patterns, but things changed when she moved north in 2003, where her daughter Heather was working at St. Patrick High School in Yellowknife. "Quilting is a really big thing in the north,” Parsons said. “They do a lot of art quilts so that's when I got onto the art quilting. I started to make my own patterns. I learned how to translate picture photographs onto fabric."

Parsons is proudest of a quilt that is her own design based on a photograph taken by her daughter. "Her school really embraces the indigenous community, where about half the students come from. They take the students out on the land once a year.  They hunt and skin caribou, make moccasins from the skin, and cook and eat the meat. The photo Heather took was of one of the old women who was teaching students how to make moccasins. She looked to me like she was waiting for someone to come home. I gave the photo to the high school, and it hangs in my daughter's office."

Parsons retired from nursing in 2005 and returned to Nova Scotia to live in Spry Harbour. Her home overlooking Taylor Head Park has stunning views from Popes Harbour to Sheet Harbour. "I do a lot of these little, tiny quilts and they are all of the ocean." Her quilted images are matted and ready for framing. They are inspired by her ocean views and are very popular.

Parsons hosts an open house every Tuesday for the “little bubble of artists” who live in and around Spry Bay. “If anybody wants help with anything they're working on, they come by on Tuesdays,” Parsons said. “Some people quilt the same level I do and they just come for the company. We all belong to the Eastern Shore Art Association. That's how we met and they pretty well always come. Some of them quilt, some of them knit, some of them drink tea. But there are other people in the community that have come in just to learn to quilt and then they are gone on their way."

Parsons work can be found through the artist and at the Eastern Shores Gallery.