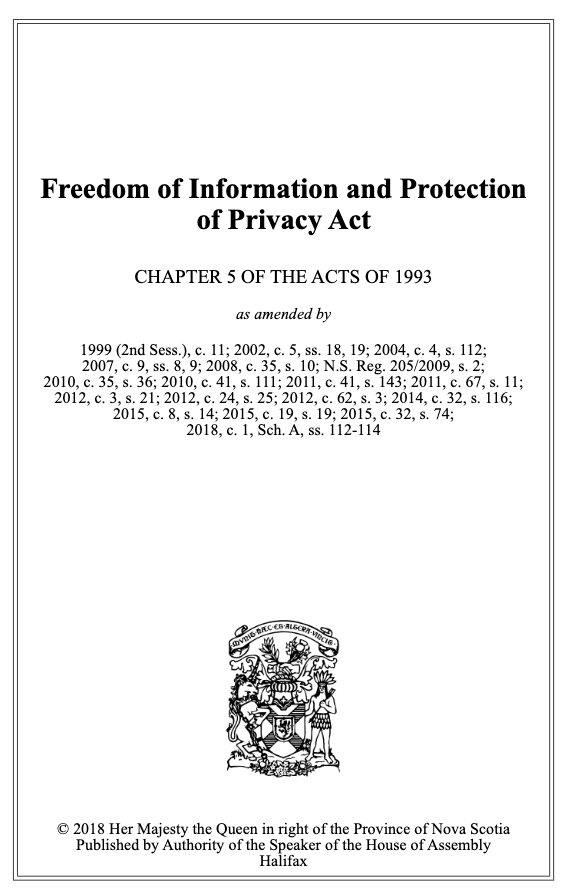 Critics of the weaknesses of the FOIPOP Act have long urged a number of measures to strengthen it, especially giving the Review Officer “order-making power,” so that the government would have to comply with OPIC’s findings.

When he was running for Premier in 2013, Stephen McNeil, in a letter dated October 4, 2013 to the Centre for Law & Democracy, McNeil promised that if elected, he would take three steps to strengthening the OIPC, starting with expanding “the power and mandate of the Review Officer, particularly through granting her order-making power.”

But McNeil never acted on his campaign promise, and on September 18, 2018, CBC News’ Jean Laroche reported that McNeil had abandoned his promise altogether as a “mistake.”

In fact, McNeil had the hubris to attempt to turn his refusal to honour his promise and run a more open government into another reason the voters should cherish him: “‘I think what most Nova Scotians are grateful for, I'm not stubborn in my ways and I realize I make a mistake, I acknowledge it,’ he said.”