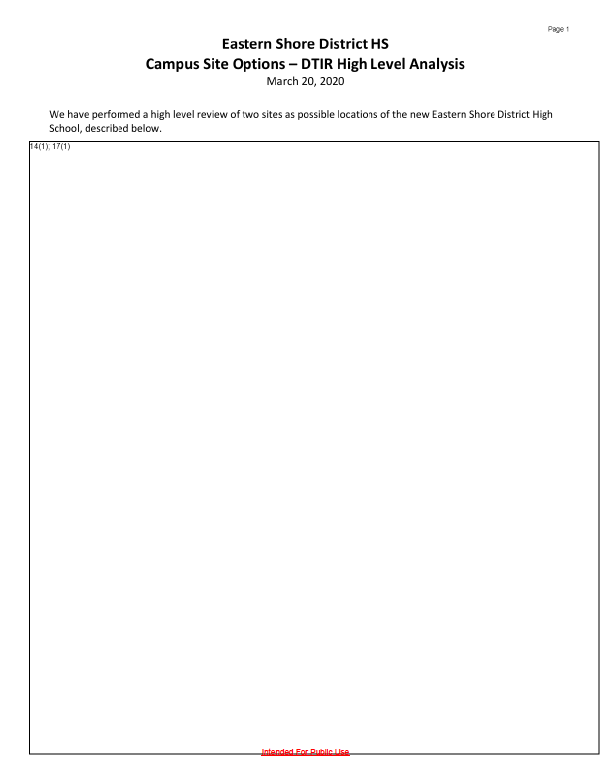 The Liberals’ Contempt for the People--The Eviscerated FOIPOP

When you’re dealing with a government that likes to operate in secrecy as much as the Liberals have since they took power back in 2013, it can be difficult to understand just how much contempt our elected officials actually have for the people of Nova Scotia

But the controversy over the February 2, 2021 announcement that the Liberals had decided to move Eastern Shore District High, consolidated with Gaetz Brook Junior High, to a desolate location in the Eastern Shore Industrial Park in East Chezzetcook has provided a simple but dramatic example of just how far above the law our current rulers believe they can operate with no check on their power to do whatever they please, whenever they please.

The government produced the 6-page document that you see below in response to a Freedom of Information and Privacy Act (FOIPOP) request in the fall of 2020 (see Background: Churchill’s Elimination of Public Input to Site Selection.)

This document is the only information that Education Minister Churchill has deigned to put on the public record about how his department went about deciding to dump the consolidated ESDH and GJH into the failed industrial park.

As you can see, there is no text on any of the six pages, beyond the title and a single sentence on the first page reading, “We have performed a high level review of two sites as possible locations of the new Eastern Shore District High School, described below.” (Notice that there is no mention of including Gaetz Brook Junior High.)

The remaining pages have subject headers but are otherwise entirely blank. We are printing the entire document in the interest of visually demonstrating the bankruptcy of the Liberal government when it comes to democratic accountability and transparency.

In the December 24, 2020 cover letter for this FOIPOP release, which requested information about ESDH only, Transportation and Infrastructural Renewal Deputy Minister Paul LaFleche explained:

“You are entitled to part of the record(s) requested. However, we have removed some of the information according to subsection 5(2) of the Act. The severed information is exempt from disclosure under the Act for the following reason(s):

The remainder of the record is enclosed.” 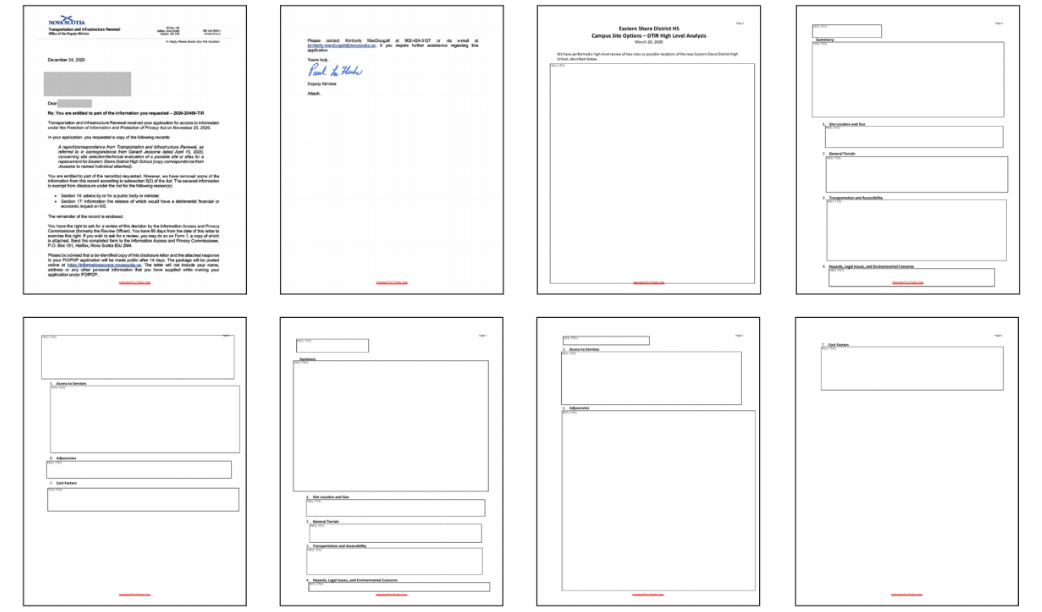