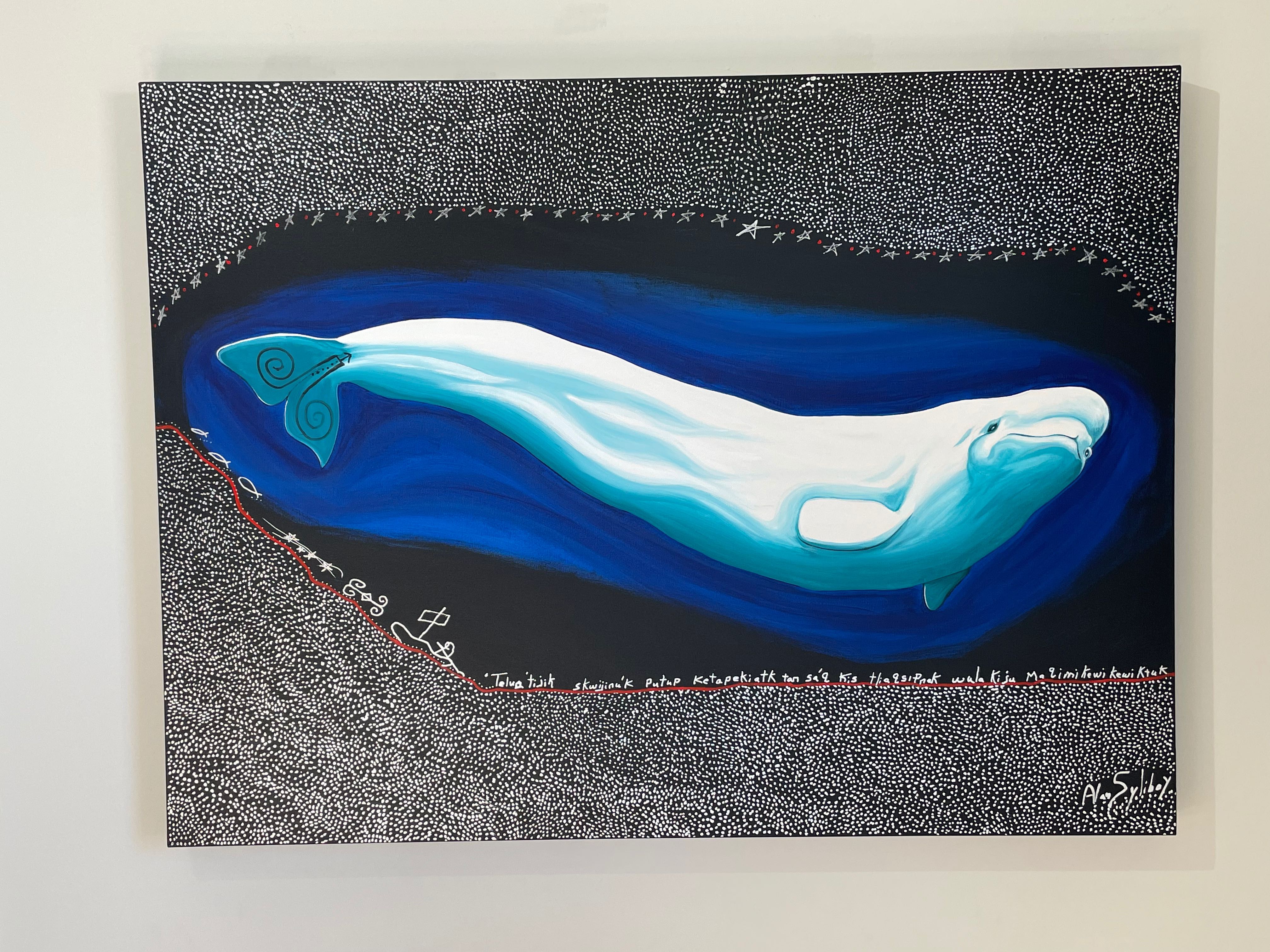 The Whale Sanctuary Project (WSP) took a major step forward with the October 29 opening of its Visitor and Operations Centre in a 100-year-old house in Sherbrooke, not far from the site of the proposed sanctuary itself in Port Hilford. The pathbreaking nature of the project and its potential economic impact on the area was reflected in the turnout of federal, provincial, and local elected officials, including Nova Scotia Lieutenant Governor Arthur Joseph LeBlanc and his wife Patricia, newly appointed federal Minister of Immigration, Refugees and Citizenship Sean Fraser, several Guysborough Councillors, and HRM District 2 City Councillor David Hendsbee. 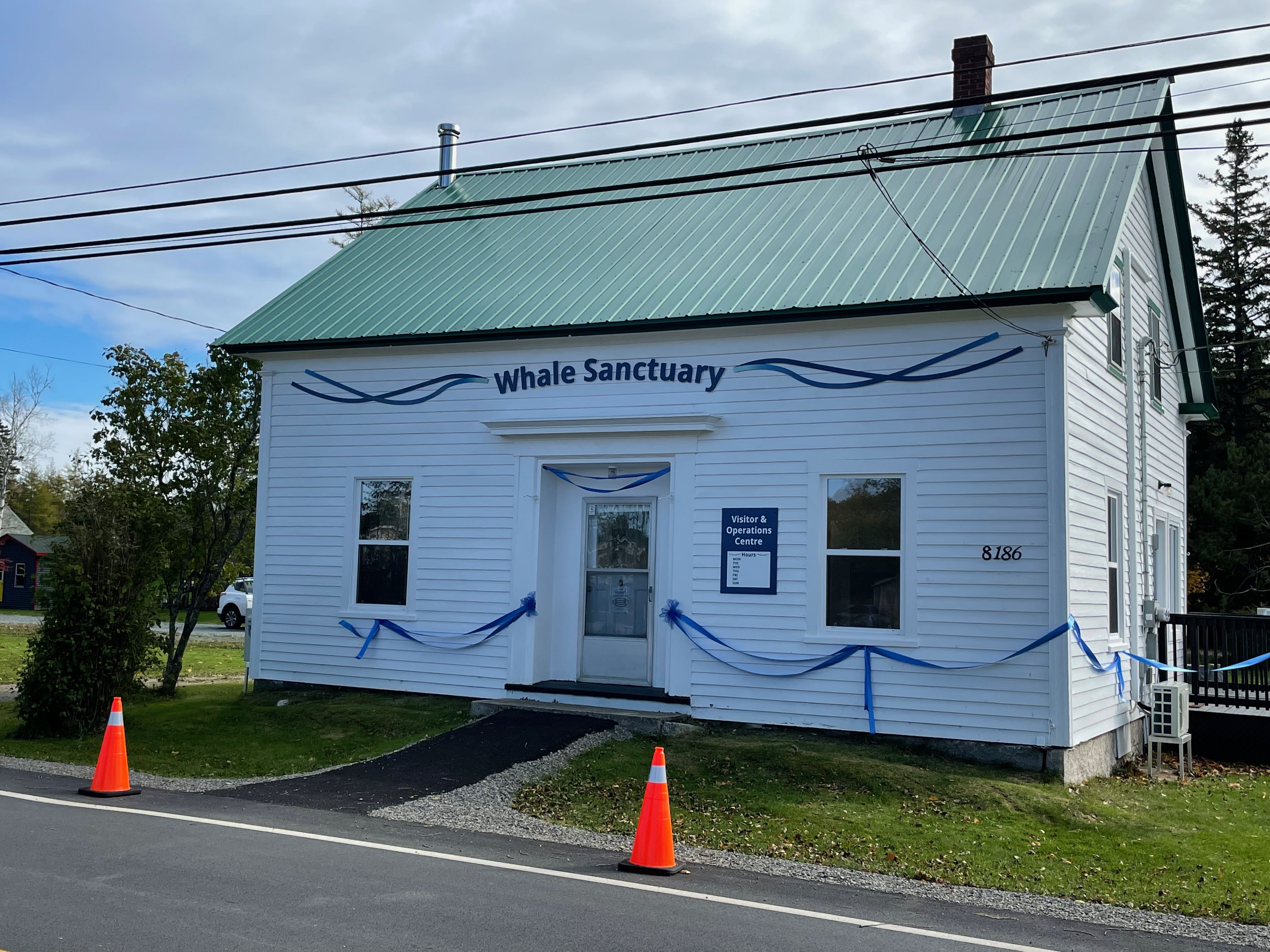 The sanctuary will become the home of up to 8 beluga whales that are currently in captivity in small holdings tanks at various aquariums in North America. WSP selected the Port Hilford site after an exhaustive study of the 7,000 km of Nova Scotia shoreline. The 100-acre site will offer the belugas 150 times as much space as the largest captivity tank. WSP will offer veterinary services, and will be feeding the whales, who did not learn to hunt for food in captivity.

The opening began with a welcome from Kerry Prosper, a Band Council member from Paqtnekek Mi'kmaw First Nation, who praised the project for giving captive whales a chance “for a second life.” Prosper also noted the absence of his friend, the Mi'kmaq artist Alan Syliboy, who has painted many pictures of whales over his long career. Syliboy provided two whale paintings that are on display in the visitor’s centre. Video: https://youtu.be/8FXk6t8YbJw

Fraser spoke next, emphasizing the power of small communities when they are not afraid to embrace new opportunities for growth and change. “It’s incredible when you see developments like this in small communities,” Fraser said. “It just reminds me that just because you might come from a small town or small community doesn't mean you can't do big things.  This project has got all of the elements of success, whether you look at the economic, environmental, or social aspect of this…. These projects go where they are wanted. People from this area said, ‘We see this as an opportunity for our community to grow, for us to do something positive on an issue that may be bigger than the district of Saint Mary’s.’ And because of your willingness to accept an investment of this nature in your community, it's going to do a wonderful thing for Sherbrooke and the surrounding area and for all of northern Nova Scotia for a generation to come.” Video: [https://youtu.be/ZZNcitIEzjI]

As the brand-new Minister of Immigration, Fraser couldn’t resist passing along a suggestion he just heard from HRM Councillor David Hendsbee. “David said to me just a moment ago, ‘You know, these whales might actually be coming in from the United States. As Canada's new minister of immigration, I might actually be able to facilitate their entrance.’” 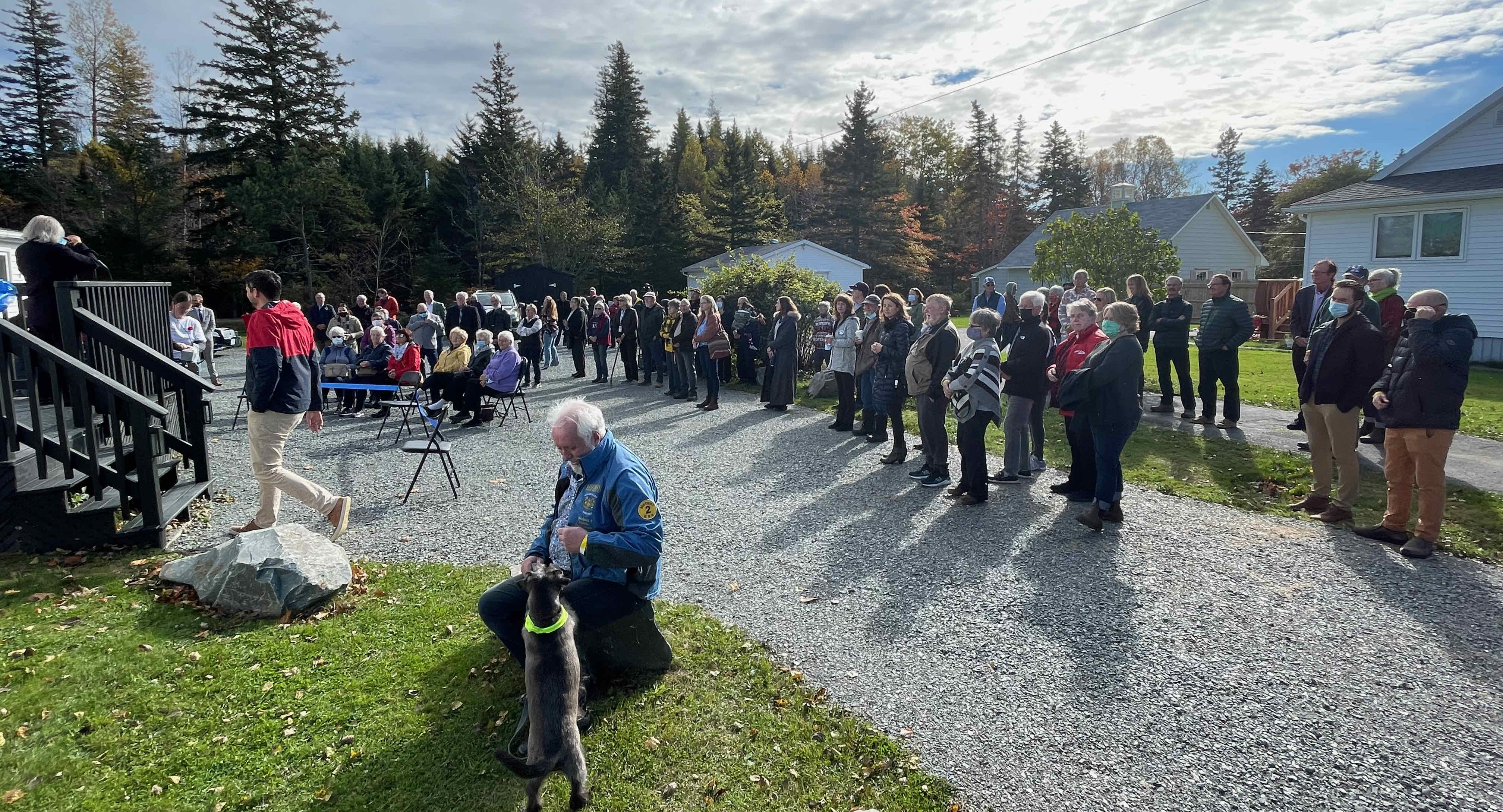 The next speaker was Wilfred P. Moore, who represented Nova Scotia in the Senate from 1996 to 2017. In 2015, Moore introduced bill S-203 to ban keeping whales in captivity, which finally became law in 2019, the Ending the Captivity of Whales and Dolphins Act. In his remarks, Moore said Sean Fraser played a critical role. Describing the 4-year struggle to pass the bill, Moore said he’d finally gotten the bill to “a committee in the House which decides whether or not a bill can stand on its own. We were having a heck of a time, and one of the committee members was Sean Fraser. Sean stood up and made sure that bill got through and was able to get to the floor of the House and was able, first of all, to get to the Fisheries and Oceans Committee and then to the House, where he supported us all the way. So, Sean, I thank you for that, you kept the bill alive, you saved it when it was a critical time.” Video: https://youtu.be/iswLlpAyH_w

Dr. Lori Marino, the founder and president of the WSP, was unable to make it to the opening, but gave a brief but heartfelt thank you. “This an occasion is such an important step towards our ultimate dream of a whale sanctuary in Port Hilford Bay where whales can finally be themselves. And we, all of us, can be an example of goodness towards others for the world. Although I wish I could be with you today, I look forward to coming to Nova Scotia soon where we can continue to work towards that dream. So, thank you from the bottom of my heart and please enjoy the beautiful exhibits, come to know the whales, and make this centre a place where we can always come together.” Video:  https://youtu.be/ngMq7C-7_-U 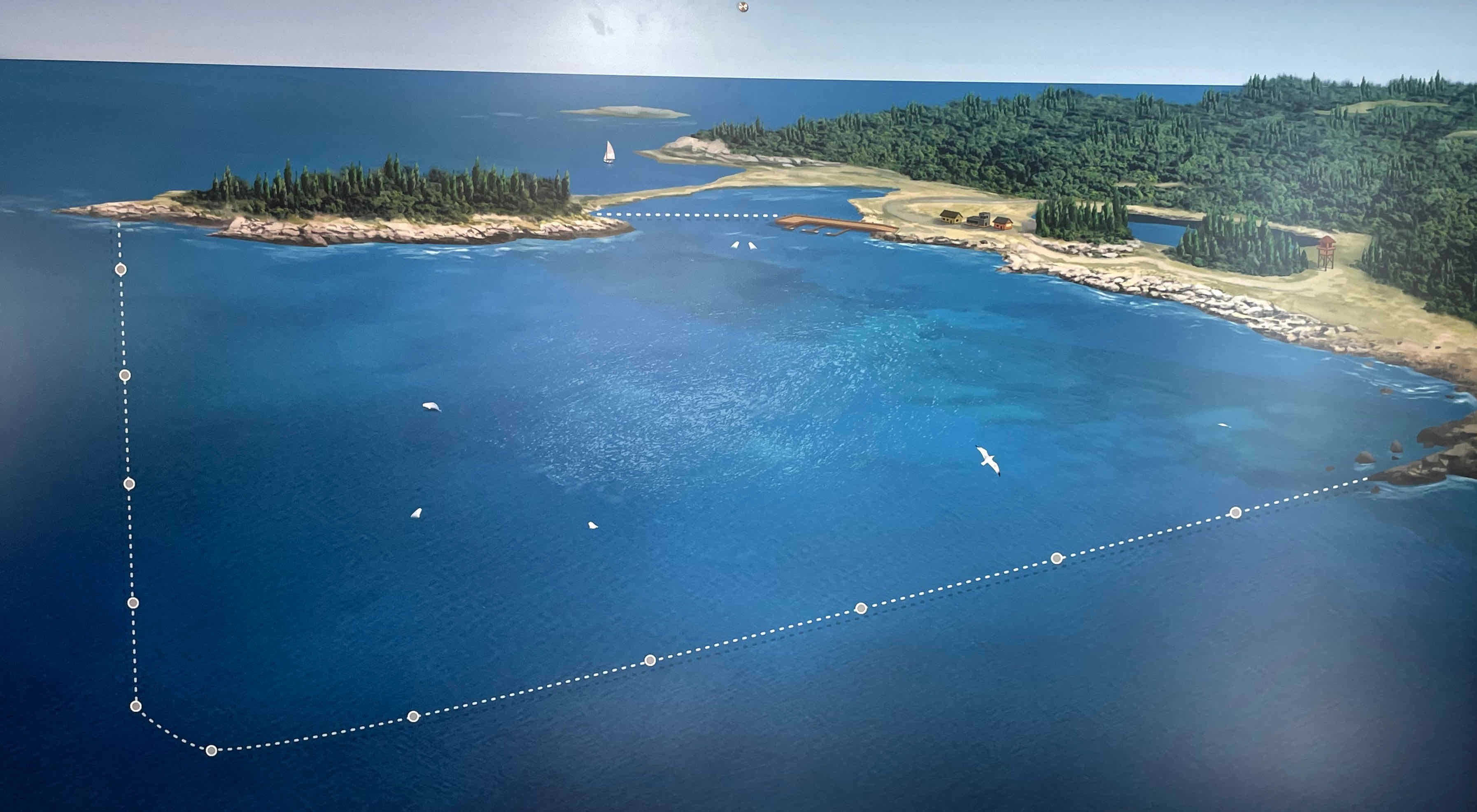 Vinick closed out the ceremony with thanks to the community for supporting the siting of the sanctuary in nearby Port Hilford Bay. “I want to thank all of you because without you we wouldn’t be here.” He described how he and his team had explored all 7,000 km of Nova Scotia’s coastline looking for the right place. “It was this community that really helped us fine a site for the whales in Port Hilford. We wouldn't have found that site on our own. We found it because of all of you. And so, yes this is for the whales, but it's because of you that we're able to do it.”

Vinick said that the project is “a symbol that we can change the way we relate to whales in captivity and that’s what’s most about it. It’s the first in North America and it's certainly the most expansive project of this nature anywhere in the world.” He said the sanctuary would make it possible to build similar sanctuaries elsewhere “at less cost in less time. That’s really what’s most important about this, it’s to be able to demonstrate that it’s possible to do this. And that’s what you’ve helped us do.” (Video: https://youtu.be/2GDMNesb9WU 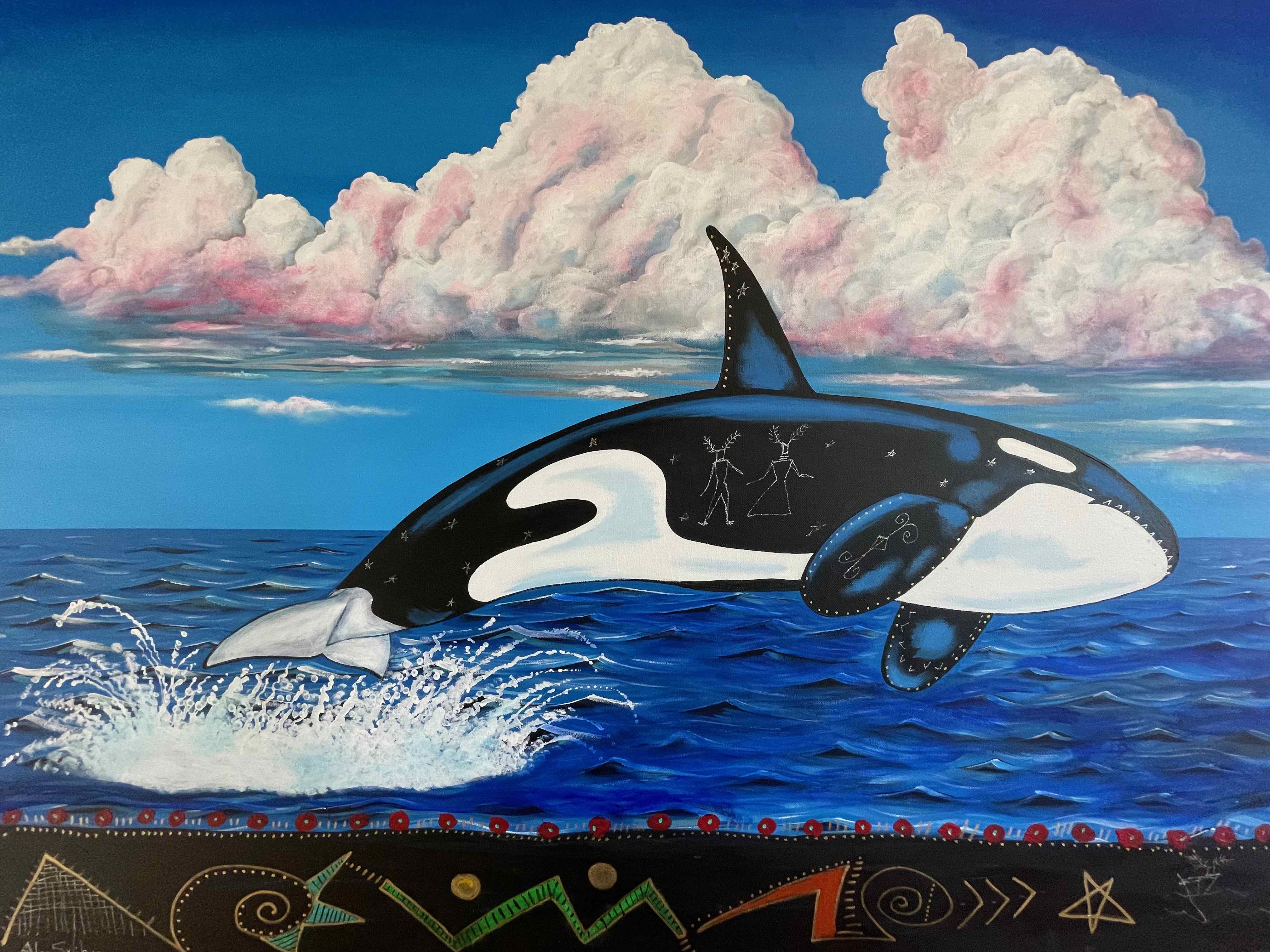 The crowd then got to go through the first floor of the centre and see the exhibits and the new kitchen. (The upstairs has sleeping quarters for staff, and office space.) In the two exhibit rooms and the hall, there were photos and panels with background information about the project, with aerial photos and maps showing the location of the sanctuary. Alan Syliboy’s two whale paintings were by far the most dramatic and beautiful of the objects on display.

Note: the two paintings above by Alan Syliboy are on display at the Visitors Centre.