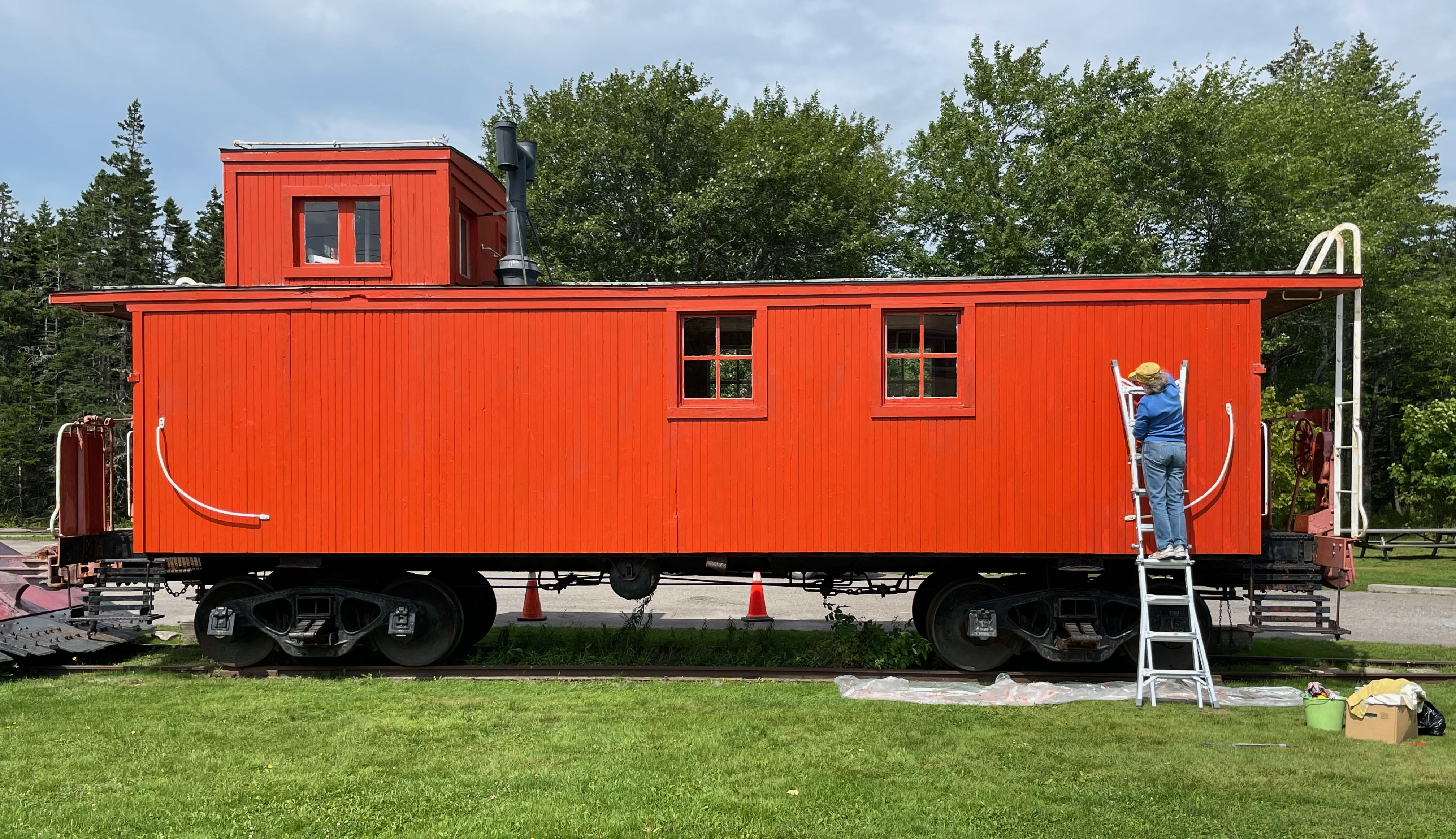 When the CN Work Crew Came to Town

The following memory is taken from one of the stories that will appear in a new book written by Brian Staple called, This Place Knows Me.  The book, scheduled for release this December is a collection of stories about life growing up in Musquodoboit Harbour.

In the early 60s there was little for youth to do in Musquodoboit Harbour.  There were no recreation programs and few organized activities. For 12 year old Brian Staple, that all changed the day CN’s work crews arrived and turned the small village upside down.

“For me, it was as if Disneyland had come to town,” recalls Brian. It was 1962. CN had committed to some badly needed upgrades to the line. First to arrive was a locomotive. It brought with it a large crane and several low-bed railcars stocked with creosote ties and steel railway tracks.  Another locomotive brought in a Cooker, Diner and Sleeper car and positioned them on the sidetrack.

First on the sidetrack was the Cooker. You could see several air vents and a stove pipe rising out from the roof.  Inside and along one wall was a large, cast iron, coal stove. On the other side were cupboards and storage cabinets with wooden tables underneath for prep work. In the center aisle stood a long, narrow, stainless-steel table with overhead shelving suspended by chains.

Connected to the Cooker was a Diner car. Plum in color, there were windows on both sides of the entire length of the car. Between each window were coat hooks for hanging jackets plus a small shelf for hats. Along the centre aisle were several wooden tables, like picnic tables with bench seats that pulled out.  Each was covered with a clean white tablecloth. In middle of each table stood water pitchers, metal silverware containers, salt and pepper shakers, milk, cream, sugar, and homemade preserves.

Brian and his friends began hanging out at the station and jumped at the chance to help out. A typical morning included helping the Cook prepare the day’s menu. They peeled potatoes and carrots, ran errands, picked up milk, butter, eggs, or cheese at the local store and collected the mail at the post office. The best part was that there was always a cookie or piece of pie waiting for them on their return.

While they worked with the cook, they would also keep a keen eye out for tagging along on the putt-putt car, a small single engine miniature train. Four to six people could sit on the sides of them with room for tools and equipment under the benches. Sometimes they towed a trailer car if there was equipment to haul.

“I still recall the thrill of travelling with those guys as they headed to the work site,” Brian remembers. “When we set out on our journey we never knew where the worksite was going to be. We loved trying to guess the location as we travelled up the line.”

Once on site, the men worked hard. They dug trenches to replace broken railway ties and used a system of cables and ropes to pull them into place. Working in close quarters they drove the spikes into railway ties with their hammers. It was dangerous work, and the kids were careful not to get in their way.

The museum is looking for your story about the bye gone days when the train came through our community and what life was like living in a small rural village along Nova Scotia’s Eastern Shore. If you have a story to tell, please contact Tegan Smith at the Museum [email protected].