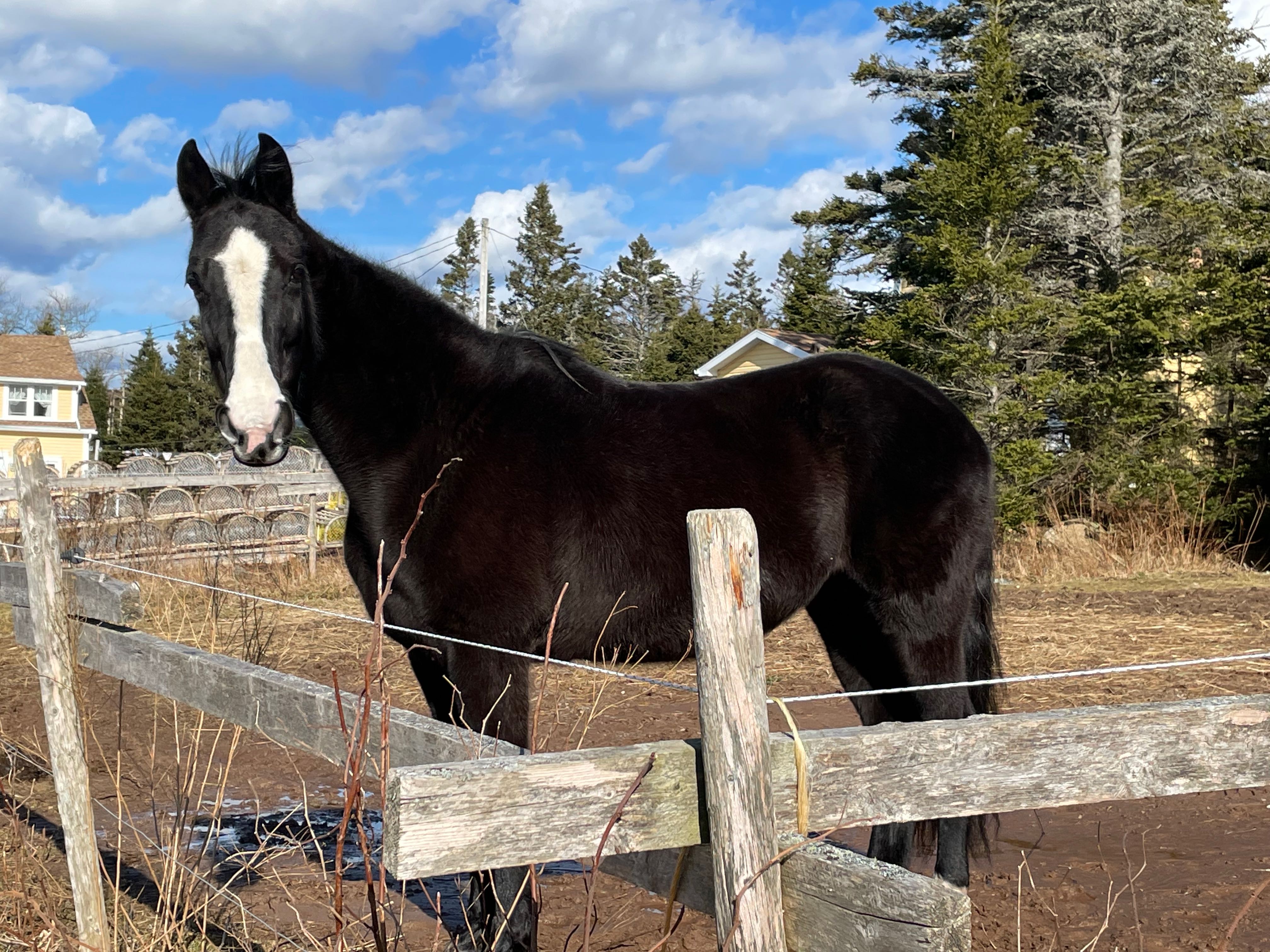 Will a Variance Save Angel?

Robin Clayton has filed a request for a variance to allow him to keep his beloved horse Angel on his property on East Petpeswick Road.

In an interview after asking for the variance, Clayton told the Cooperator, “I couldn’t live with myself if I didn’t do everything I could to keep Angel with me.” He has hired an attorney to help him with his fight.

Clayton’s problem started back in December, when HRM Compliance Officer Trevor Oliver came to the house in response to an anonymous complaint about the appearance of Clayton’s outbuildings. As he was leaving, Oliver told Clayton that the small shed Clayton had built to house Angel might be in violation of an HRM bylaw governing how close a building housing a horse could be to the neighboring property line (50 feet, under the Land Use By-law Eastern Shore [West], Zone FV Fishing Village, section 7.10 Other Requirements: Agricultural Uses.)

“TAKE NOTICE that in order to bring the property into compliance with the applicable regulations, the following steps are required:  Remove the horse and associated horse barn from the property."

In an exchange of emails with HRM Councillor David Hendsbee, HRM planner Ashlee Bevis emailed Hendsbee that Clayton was “eligible to apply for a variance provided the building does not encroach on the adjacent property.”

Clayton told the Cooperator that he believed that he could qualify for a variance if he moved Angel’s barn towards the center of his lot. “The ‘barn’ is really just a small shed,” Clayton said. “I’m thinking I can just jack it up, put down some thick boards, and use my tractor to slide it towards my house until it’s the full 50-feet from the side in the by-law.”

Clayton said he deeply appreciated the outpouring of support he and Angel have received from the community, but that he does not want people to start a GoFundMe campaign to raise money. He did say he might put out a “barn-raising” call for some extra hands when he gets ready to move the barn.