The 1st annual Women’s 48-hour ball tournament took place in Sheet Harbour, Nova Scotia over the weekend of July 15.  Women of all ages gathered from across the Eastern Shore and beyond to take part in this event. The tournament consisted of 14 different teams of women. The ball games were played at two different fields throughout the weekend. Saturday evening there was a skills competition that consisted of running, throwing, pitching, and a home run derby. 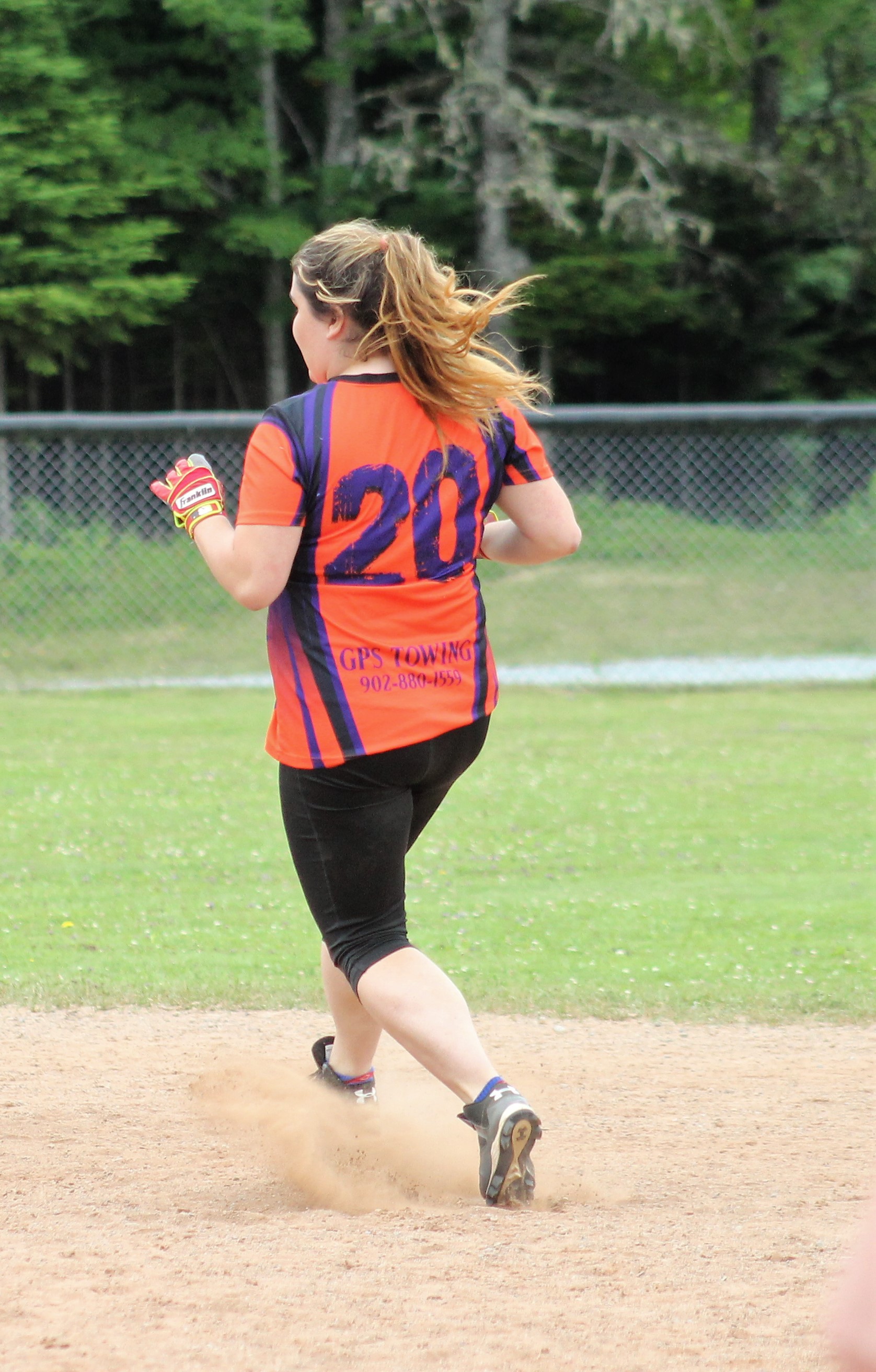 Danielle Truen rounding second base for the Misfits during the Misfits vs. the Fence Dusters game on Saturday afternoon. (Photo: Jill Bellefontaine)

The tournament was organized by William Gilligan with the help of many women who play on the Recoil Women’s Slo-Pitch team. The tournament was the team’s last big fundraiser before they headed off to Hamilton, Ontario for the NSA World Series Men’s & Women’s Canadian Championships in early August. Recoil is a ladies Slo-Pitch team that has been in the works for about three years.

After coaching in the Eastern Shore Women’s Slo-Pitch League for 4 years, Gilligan felt that the men were getting a lot of the attention at Nationals and the women were missing out on that opportunity. “I could not get over the caliber of ball and dedication within the women’s league,” Gilligan said. “So I started asking players that I thought had first attitude, second skill, and third dedication to put this team together. 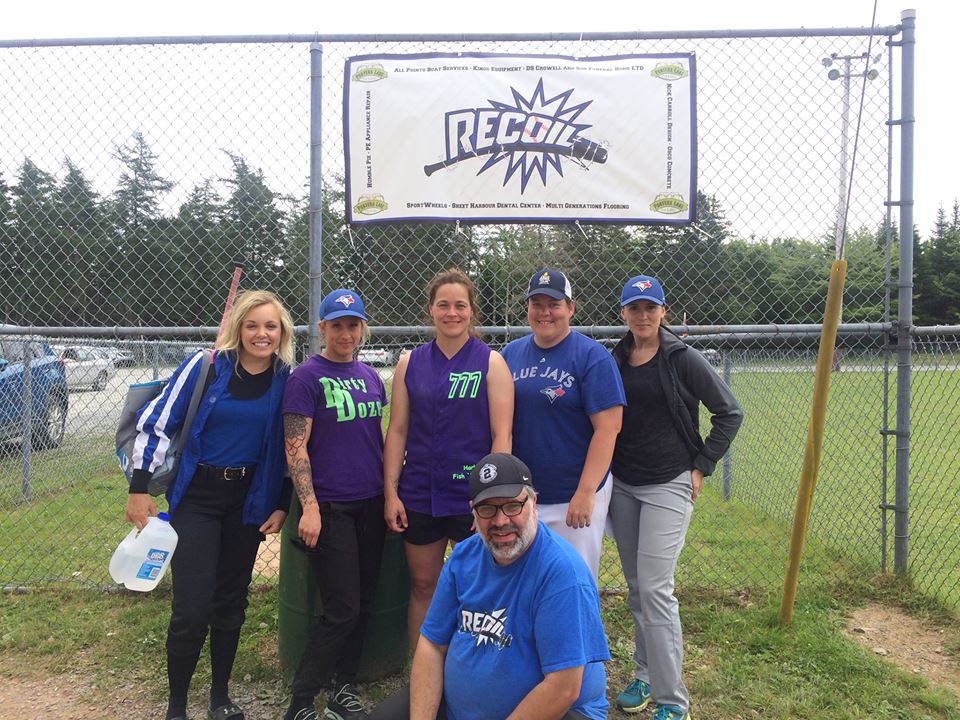 Will Gilligan and a few team members of Recoil posing for a picture Saturday afternoon during a break between games. (Photo: Jill Bellefontaine)

Danielle Truen from the “Misfits” said enjoyed being part of the first women’s 48 hour ball tournament. “It had a very nice sense of community,” Truen said. “It was a wonderful weekend spent playing ball and relaxing with great friends. I hope to see this event continue on in the future.”

Gilligan echoed Truen’s assessment. “The excitement and build up for this weekend has met my expectations,” said Gilligan. “There are plans to make this an annual event in hopes that it will grow each year with more players and volunteers to make the most of it.”