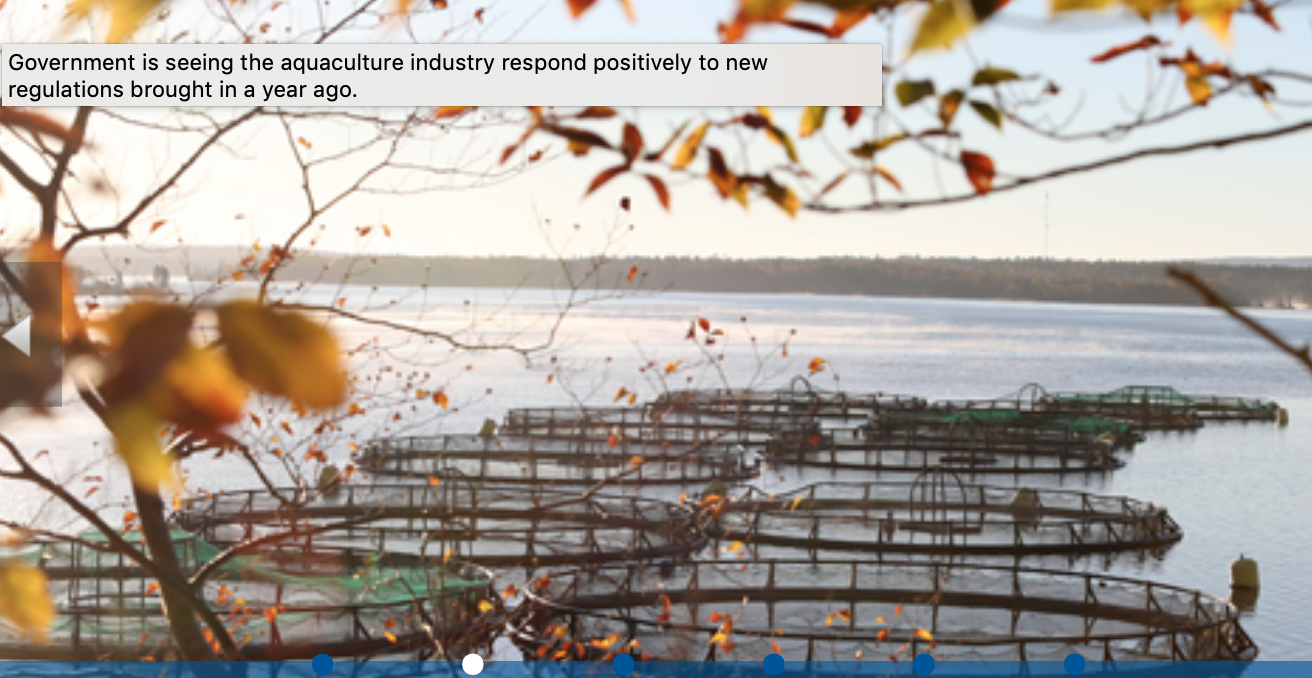 In a phone interview from Norway, Fisheries and Aquaculture Minister Keith Colwell laid out an expansive vision of the future of aquaculture in Nova Scotia.

The trip was Colwell’s third to Norway. Based on what he had seen over the last 6 years in Norway, he predicted aquaculture could transform the economy of Nova Scotia.

“Aquaculture is a golden opportunity, done properly, environmentally sound, with the right science, this industry could be as valuable to Nova Scotia as the oil industry is to Alberta,” Colwell said. “It’s that important.”

Colwell called in response to a request to his department for comments on a new investment research paper about the future of fish farming. The study, called “Shallow Returns,” came from FAIRR, a European investment research company owned by some of the world’s largest pension and hedge funds, organizations managing a total of $16.3 trillion in assets.

The investment press greeted this study with a barrage of negative headlines: “ESG risks could mean shallow returns for fish farming investors,” or “Fish Farms Face Threats to Growth Prospects from Climate Change and Antibiotics Overuse.”

In a story from Forbes on the report, Maria Lettini, director of FAIRR, said, “ Investors should be aware of the sustainability risks in the aquaculture sector before they wade in too deeply. From effluents to emissions, this sector must address significant environmental and public health challenges if it is to prosper over the long-term. There are clear steps which must be taken to manage these risks.”

Colwell said that he knew about the FAIRR report. “We’ve addressed every one they’ve got there, and will continue to address issues as we see them, and as we get more science. We base everything on science. It’s no longer someone coming and saying, ‘I’m going to put this site in and it’s going to be good for the community.’ We don’t do that.”

Critics of fish farming have recently raised concerns about re-leasing two fish farm sites near Sheet Harbour. Colwell said that until recent changes in regulations, “When someone came in for a lease renewal, whoever the department administrator was would say ‘Yes,” and renew it.”

Under new regulations, “We look for any misbehavior, if they aren’t following all the rules. And everything is documented now, not like it used to be. We have vets make regular visits while it’s in operation. We do a ton of stuff now, and if any of those things are wrong, we will address it with the operator on an ongoing basis.
And if they’re not properly addressed, then we can lift their license. We didn’t have the authority to do this before we changed the process.”

Colwell also pointed out that fish farm operators now have to post a bond to cover the costs of cleaning up after a site is closed.

Colwell said he was particularly impressed with a tour of a land-based salmon hatchery where the fish grow to 300 grams before being transferred for their final growth in a salt-water farm.

Colwell was also impressed by Norway’s high-tech fish farm operations. “The feeding operation for a salmon farm now looks like something of Star Trek,” Colwell said. “There’s a giant captain’s chair, and a whole pile of computer screens, a keyboard, and a mouse, watching over the feeding operation of a whole site. It’s totally different than what people imagine. There are great opportunities for young people.”